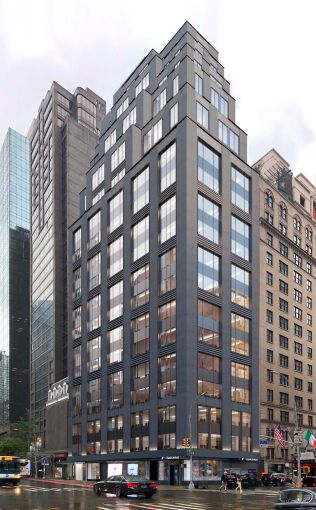 Gensler worked with ABS and East End Capital to renovate the facade of 695 Lexington Avenue, as well as the ground floor and entrance. Image: Gensler 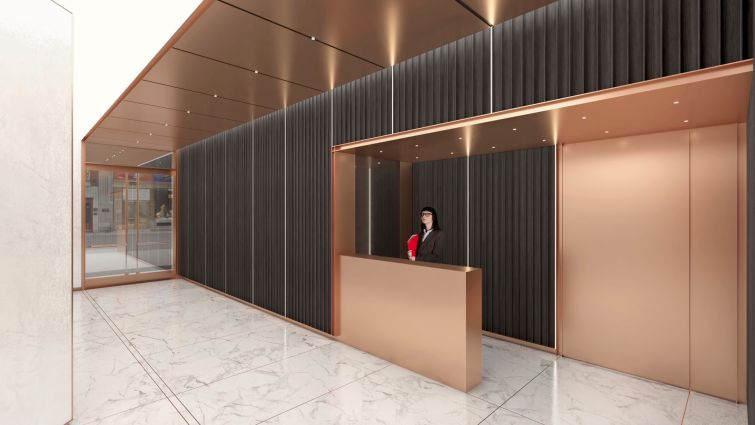 The new lobby includes rose gold paneling throughout, including on the ceiling, reception desk and elevator doors. Image: Gensler 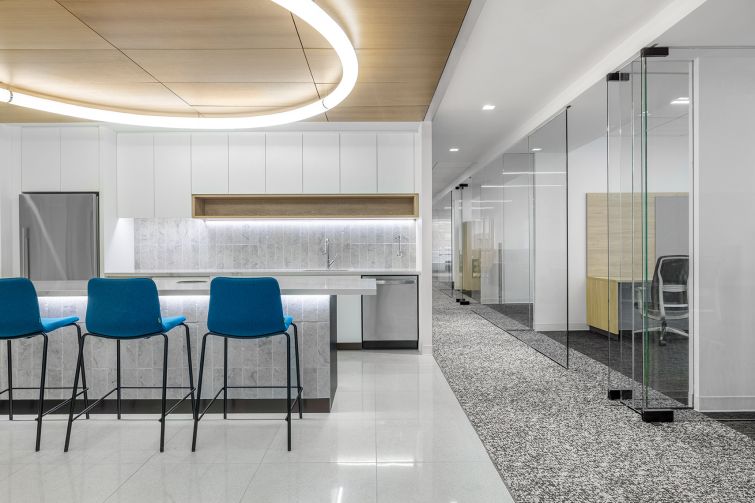 East End and ABS are hoping prebuilt suites help lure office tenants into the building and back to work. Image: Gensler 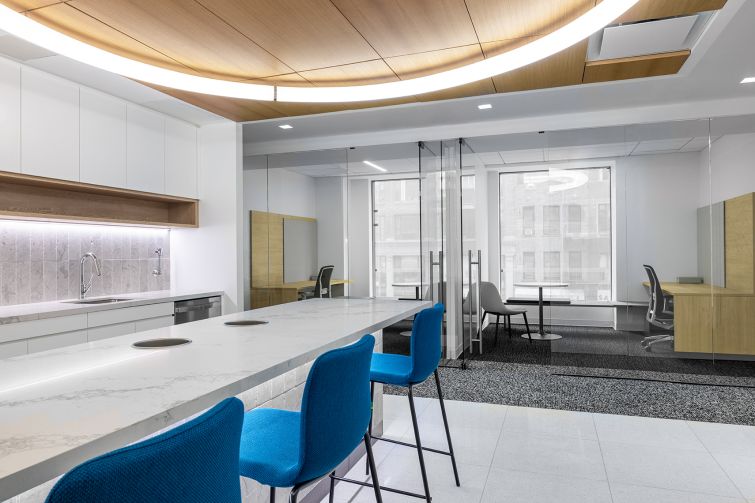 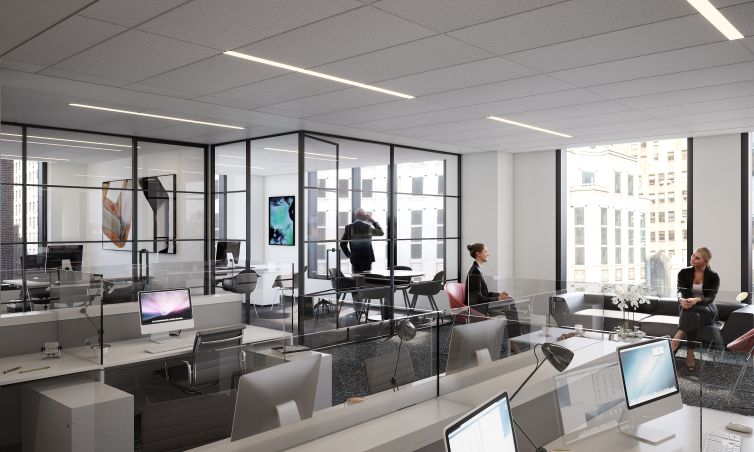 When East End Capital and ABS Partners Real Estate purchased 695 Lexington Avenue in 2019, it was a small, dated office building at the corner of East 57th Street, a few blocks from Billionaires’ Row and its luxury retailers.

They hired Gensler to handle a renovation of the exterior and the lobby, in hopes of turning a Class B office building with carpeted floors and drop ceilings into a Class A property. Then COVID-19 struck. John Brod, a partner at ABS, said that the pandemic forced them to take a harder look at their renovation choices, particularly when it came to mechanicals and bathrooms.

“The whole COVID thing took us in a direction that wasn’t planned but really speaks to where the market is and where it’s going,” Brod said. “How people look at office space is different than it was in the spring of 2020. Our approach is to embrace what tenants are thinking — whether it’s coming into the office three or four days a week. It’s incredibly important for companies, for employees, to get together and collaborate. We think we’ve designed a building and office space that meets that demand.”

Renovation work included repainting the facade, replacing the windows and the spandrels between them, updating the elevators, and creating a new entrance and lobby.

“Repainting the brick facade really gave the building a punch,” said Ben Koenig, a studio director at Gensler. “The existing building was kind of yellowish. We also recessed the windows a little bit.”

The entryway includes an awning with champagne-colored metal, which also frames the front doors and continues into the lobby. There are champagne metal ceiling panels, a champagne reception desk and even champagne elevator doors. One wall has dark wood paneling, with thin strips of LED accent lights, while the opposite wall is made of white Venetian plaster panels.