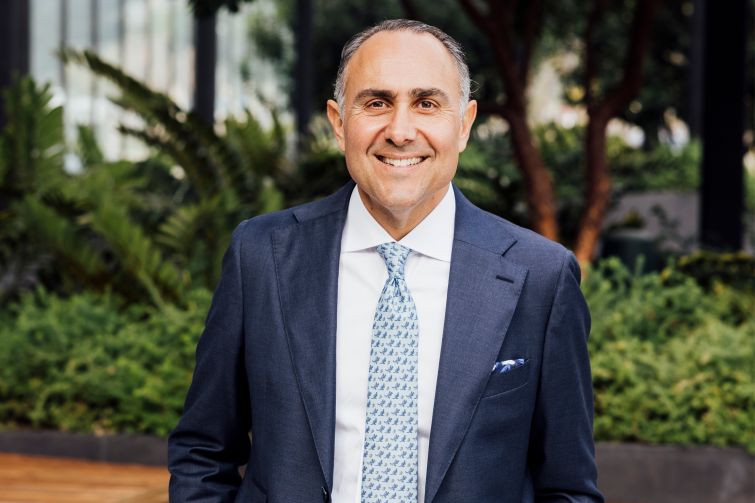 When the COVID-19 pandemic hit U.S. shores in March 2020, many private real estate lenders made the decision to pause new loan originations and focus on their existing portfolios. However, some lenders marched on.

Parkview Financial recently announced it had executed more than $1.2 billion in loan originations in 2021, doubling its previous record in 2020. This included a total of 38 construction and short-term bridge loans in 20 states across the country.

The biggest loan that the private lending platform originated in 2021 was a $110 million bridge loan to 200 Elm Partners BH, LLC for the acquisition of a 557,581-square-foot Class A office complex comprised of two interconnected buildings located at 200 Elm Street and 695 E Main Street in Stamford, Conn.

Additionally, in 2021 the firm launched its first East Coast office in Atlanta and increased its employee roster by 50 percent over the size of its 2020 team.

Commercial Observer spoke with Parkview Financial CEO and Founder Paul Rahimian to find out the secret behind a good report card amid difficult times.

Did a record-setting year in 2021 come as a surprise?

We knew it was going to be a good year. We actually planned for it and talked about it at the beginning of last year and said, “Let’s make sure it’s a good year and we hit certain targets,” but you just never know how things are going to play out. You know, not everything is in our control. So it’s just nice to see how things actually ended up.

You racked up $1.2 billion in originations. What drove that activity?

It’s unfortunate to say, but I think a lot of it has to do with COVID. We’ve been around for a while doing what we do best.  I think we have a reputation for the certainty of execution, and our ability to close, but COVID really put an exclamation point on that. When COVID hit, a lot of other players in the space took a pause, they lowered leverage points, raised prices, and did other different things that made it more difficult to close loans. We did the opposite. We jumped in and said, “We still like deals, and we still like closing them.” We ended up closing a lot of loans in 2020. And I think that just cemented our reputation that we have the ability to close loans. We’re not scared of COVID, and we will continue to close.

Were you worried early on in the pandemic??

I think that there are always issues to be concerned about. And what differentiates, frankly, private lenders from banks, is that banks are always focused on what could go wrong and what the issues are. I think the nimble aspect of being a private lender, whether it’s Parkview or any other private lender, is that we can make decisions from a business model and from a logical viewpoint, opposed to a regulatory box. So yes, of course, there are concerns about how things are going to play out, but if you do the right deals, stick with the fundamentals, and don’t get greedy you don’t always have to be overly worried about different things going on in the marketplace.

How have Parkview Financial’s lending parameters changed over the years?

I think that one of the things interestingly enough about Parkview is that over the years, our parameters really haven’t changed. We’ve always had our own construction review in-house. We’ve grown in terms of geography from California to many different states, but then the basics of what we do in terms of our leverage points and our price points pretty much stayed the same.

Parkview is opening a New York City office in the first-quarter of 2022. Why New York?

The reality is — people from L.A. don’t like to say it — but the truth is that New York is the financial capital of the U.S. Since we expanded nationwide two and a half years ago, we’ve actually closed a lot of loans in New York. Right now, between New York and New Jersey we probably have close to $500 million in our portfolio. And we’re gaining traction there. So we hired a new loan originator that lives in New York. Our marketing director also moved to New York, and the two of them have secured a space. And we’re going to open the new office on Feb. 1.

You are a third-generation real estate developer and general contractor. What is it like to grow up in a family with such deep roots in the real estate industry?

In a way, it simplifies your approach and the ways you look at things. Growing up in real estate and construction, you touched and felt it. Everything you understand is construction and real estate related. I don’t understand tech and arts, but I understand real estate really well. I think that’s why it was so easy to switch over from being a developer and a contractor to a lender because we’re really doing exactly what we were doing before. We’re just sitting on a different side of the table instead of being the builder. We’re lending money to the builder. We know what they are going through because we’ve been through it. It became your second nature. I think that’s what really makes Parkview special is that a lot of the people on our team have a real estate, construction or engineering background. So it really gives them the ability to connect with the borrower and understand the deal, especially the pain that the borrowers go through when they’re building a project. It’s really not easy.

Do you think your background gives you certain instincts when it comes to a deal?

I think a lot of it is a gut feeling. You meet the borrower, you see their team, meet their contractor, walk the site, and you really get a good feeling of whether this is going to be a viable project or not. Of course, the numbers have to make sense, and you have to do your proper underwriting. But that initial gut feeling really helps.

You worked over 20 years in the industry and founded Parkview Financial in 2009. What’s the story behind its founding?

It was the great financial crisis in 2008 and 2009. We put a pause on our development projects because, at the time, we really didn’t know what was going to happen. And we thought that there was a void in the marketplace for construction financing. There really weren’t many types of lenders that did it. And the ones that did it, a lot of them had finance backgrounds. They didn’t understand construction. They were trying to lend money to developers but did not understand what developers truly were doing. And we saw an opportunity there. That’s why in 2009 we formed Parkview, and we started lending money to developers. That was really the shifting point for us.

In your eyes, what are the key points in Parkview Financial’s evolution to where you are today as a lending platform?

Another significant moment was in 2015. Prior to that, my father and I were using our own money to do all our loans. And in 2015, we realized that this is much bigger than just us and our money. And we have the ability to do more. And that’s when we opened up to getting funding, we raised investor equity and we really started to expand our operations. The other significant time was in the middle of 2019 when we decided to go nationwide.

Can you explain the thinking behind that decision?

We were very comfortable with what we were doing prior to that, but we realized that there are more opportunities, and being geographically diverse is actually beneficial to our investors. But also, expanding geographically gives us more opportunities, and we’ve reaped the rewards because now we’re looking at opportunities throughout the U.S. Last year we closed 38 loans, and out of those 38 loans, they were in 20 different states. So that just shows you how diverse our portfolio can be.

What differentiates Parkview Financial from other private lenders in today’s competitive landscape?

It’s really our team. We have an in-house team of engineers, underwriters and different team members. Everybody is in-house. We don’t use third-party vendors for anything. I think the key to our success is we service, underwrite and originate every loan in-house. Our construction team has the ability to monitor every project in-house. We actually opened up an office in Atlanta, and we have a full construction team there with engineers on staff. One of our construction managers goes and sees every single project at least once a month. So I think that’s really one of the big advantages. Lots of times, when you work with third-party vendors, there’s no continuity between their visits. With us, every project gets its own construction manager, and that same construction manager goes [to sites] every single month. You’d be surprised — sometimes we know things that are going wrong before the builder knows because our construction manager is on-site talking to the plumber and the electrician. They’ll complain to him and say, “Hey, I’m not getting paid.” It really helps everybody because if we know something’s going on. We share that with our borrowers. We’re not going to get involved, but we’ll give you a heads-up, so you know what’s coming.

As we’ve grown over the last few years, some of these institutional players — like endowments, foundations, pension, sovereign wealth funds — have noticed Parkview, and they’ve seen what we’ve been doing. And they’re not just limited to domestic investors. Sometimes we talk to groups in Asia, the Middle East and Europe. And given our investment strategy and the yield we’ve provided, they’re simply looking for yielding scenarios, and that’s why they come to us.

You mentioned multifamily would continue to be the dominant sector for new development. How are you planning to win multifamily and industrial opportunities today?

It’s so interesting to me when 2008 hit and people stopped building, they really didn’t start building again for five to six years. And when they started building again in 2014, the numbers were not high enough to withstand the demand that was needed. And when you look at the numbers now, in 2022, we’re still not hitting the numbers we need to hit to make up for what got lost last time. And that’s why you see rental prices going up and real estate assets going up. It’s because there’s truly a lack of supply of multifamily. I think that’s why it’s going to be the dominant sector. The way we win it over is that we try to be creative and give value to the borrower.

When you talk with borrowers, what is your key assessment in terms of providing debt?

You want to look at the borrowers’ experience and how much skin they have in the game. But what’s really important is their level of honesty and transparency. Not every deal is perfect. Not every metric is perfect. But if they have the ability to be open and transparent with us, just like the way we are with them, I think that goes a long way, because there are always ups and downs and there are always things that can go right and wrong. If you’re open, honest and transparent, then things will always work out. But if you’re not, then things can go sideways very quickly.