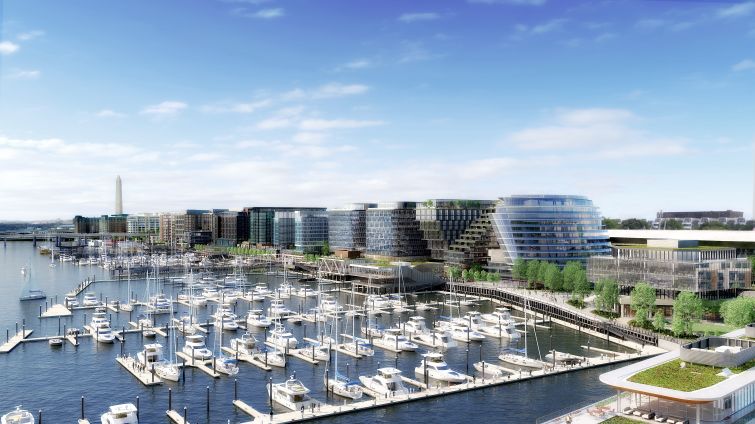 Philippe Chow, a staple of the New York City foodservice scene, will open an outpost of the  Chinese restaurant in The Wharf, a mile-long waterfront development in Southwest D.C.

The 7,373-square-foot restaurant will be part of the second phase of the $3.6 billion neighborhood being developed by Hoffman-Madison Waterfront.

“Philippe Chow has held a place as an iconic restaurant in New York for almost two decades and with that has cultivated an incredible reputation and following,” Monty Hoffman, founder and chairman of Hoffman & Associates, told Commercial Observer. “We are truly honored that such a beloved New York City staple has selected The Wharf as their D.C. home and are eager for D.C. to experience all this restaurant has to offer.”

Located at 635 Wharf Street, on the ground floor of the 96-unit condominium Amaris, the 270-seat Philippe Chow restaurant located next to The Green, a 1.5-acre park and offer waterfront views of the Potomac River.

“Pairing this artfully designed building with a world-renowned restaurant complete with a covered patio and gorgeous water views will provide residents and visitors alike with a uniquely elevated dining experience unlike any other in D.C.,” Hoffman said.

Just like his New York eatery, Hong Kong native and chef Philippe Chow will feature his beloved Peking duck and other family-style favorites at the upscale restaurant.

The second phase is on track to open on Oct. 12, exactly five years after the project’s initial grand opening. Of the 95,000 square feet of retail space available, 66 percent is now leased.

Requests for comment from the retailers were not immediately returned.