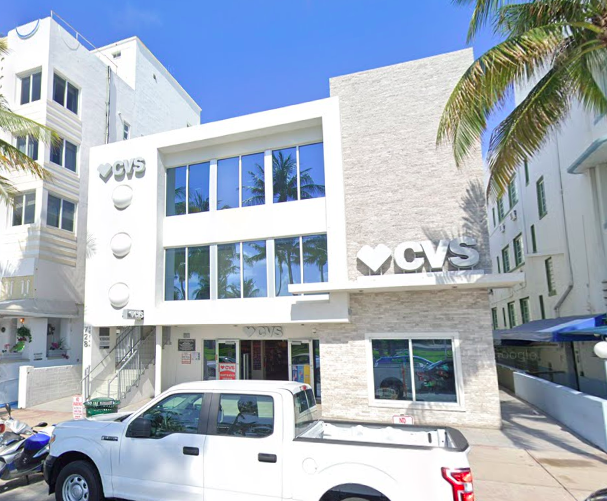 Once the scene of an iconic cinematic murder, a South Beach building that now houses a CVS Pharmacy has traded hands for $30.9 million, property records show.

The two-story building sits in a prime Miami Beach spot at 728 Ocean Drive, a popular pedestrian street, facing the beach.

It served as a set in the gangster film ‘Scarface,’ starring Al Pacino. A bloody scene from the 1983 film, in which a character is dismembered by a chainsaw, was shot inside. The building is one of few Miami locales featured in the iconic film. Production relocated to L.A. following a fight between movie makers and local authorities, according to the Miami New Times.

The 10,062-square-foot property comprised apartments before being converted into a CVS Pharmacy, which opened in 2018.

The seller — Steven Kassin, co-founder of New York-based firm, Infinity Real Estate — bought the building, constructed in 1953, for $12.4 million in 2015, per records.

The investor demolished the rear section of the building and added air conditioning units as well as an elevator, though the facade has remained largely untouched.

The buyer, Texas-based investor Shazeb Daredia, nabbed a $16.1 million loan from Wells Fargo bank. Daredia could not be reached for comment.