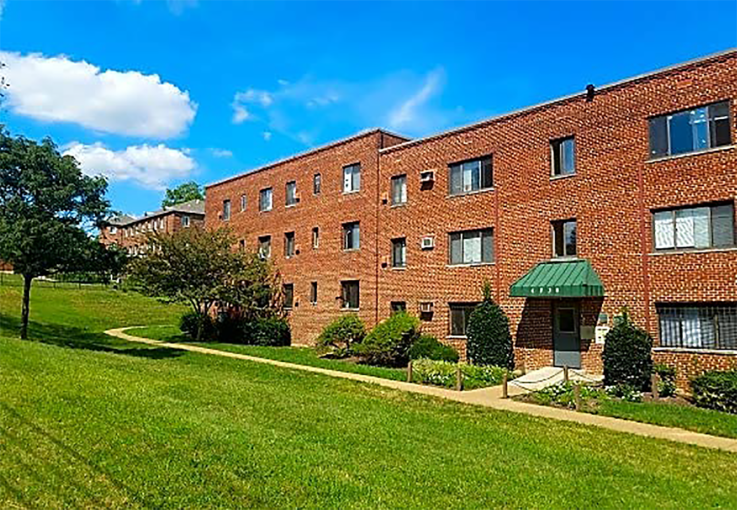 The District of Columbia Housing Finance Agency is financing the renovation of Cascade Park Apartments in Washington, D.C.’s Ward 8, as part of its mission to create and preserve affordable housing.

The complex consists of five garden-style apartment buildings with 132 units, and DCHFA issued $11.1 million in tax exempt bonds  to developers Dantes Partners and H Street Community Development Corporation for the rehabilitation of 59 of the units. This marks the agency’s first development funding for 2022.

“Cascade Park was essentially functionally obsolete from an operational perspective, as it was severely neglected,” Christopher E. Donald, executive director and CEO of the DCHFA, told Commercial Observer. “Ownership hadn’t invested in the community and there were lots of vacancies, so it really wasn’t contributing to the affordable housing community.”

Once the new owners took over the project in 2020, it stabilized the management and applied for a subsidy to recapitalize the development.

DCHFA’s funding is for the second phase of the project.

Phase two entails renovating 59 units, and was funded by a $9.3 million loan from the DC Department of Housing and Community Development and $6.4 million in 4percent Low Income Housing Tax Credits.

The renovations include the overhaul of mechanical and plumbing systems, adding new HVAC systems, flooring and windows replacements, and installing energy-efficient appliances. A community space and a children’s play area will also be added to the community.

Residents currently living in the 42 occupied units will be relocated to available apartments within the community.

“There are notably a significant number of family-sized units, which is really important for us and the mayor’s overall goals in providing affordable housing,” Donald said. “The funding helps to stabilize the neighborhood and the asset.”

Located at 4236 4th Street SE, the Cascade Park Apartments was originally built in 1949 and the apartments are available to residents earning up to 80 percent of the area median income.

Community Connections will provide services for tenants living in the nine permanent supportive housing units, while United Planning Organization and Community Preservation and Development Corporation Community Impact Strategies will serve as the providers of all other resident services.

The DCHFA is looking for further opportunities across all eight wards of the District, Donald said.

“We have an obligation to the people who live in the city of lesser means to make sure they are in affordable, beautiful, healthy housing,” he said.