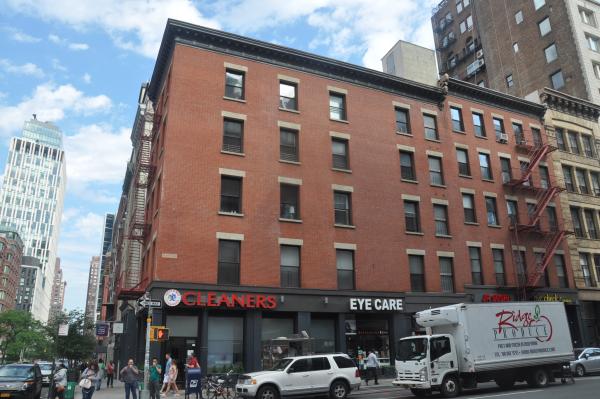 The block of buildings at 80 to 88 West Broadway and 70 to 74 Warren Street. Photo: PropertyShark

The former CEO of Brack Capital Real Estate, which wound down its New York operations in 2021, launched a new real estate venture with the acquisition of five residential properties in Tribeca for $36.1 million.

6R Group, under the leadership of former Brack U.S. CEO Shai Shamir and co-Founder Oz Levi, launched this past November as Brack wrapped up its domestic projects. It came out of the gate betting on the multifamily market, buying the Tribeca properties — which included six retail storefronts and a parking lot — for $676 per square foot from seller Mark Jaffe, who inherited them from family, PincusCo first reported.

Shamir and Levi bought the properties, at 80 to 88 West Broadway and 70 to 74 Warren Street, with financing from the commercial real estate investment trust Ladder Capital that covered roughly 75 percent of the purchase, Shamir said.

The buildings themselves comprise a collection of two- and three-bedroom apartments with rents ranging from $6,000 to $9,000 a month. They also have a variety of retail tenants, including Homemade by Miriam, the Manhattan take-out location of the Park Slope, Brooklyn, Israeli restaurant of the same name. Other tenants include an eye doctor, a dry cleaner outpost and a sushi restaurant.

Shamir was optimistic about the properties because he expects the pandemic to end and foot traffic to return to the area.

“During the pandemic when everybody was talking about the end of New York … I still felt and believed that the city would come back,” Shamir said. “Yes, I was hoping that by January of 2022 it would be already behind us and sadly it seems like it’s not, but it seems like we will learn how to live with it.”

Shamir plans to expand his firm into multifamily and hospitality, and, in the more immediate future, renovate some of the units and common areas in his new portfolio.