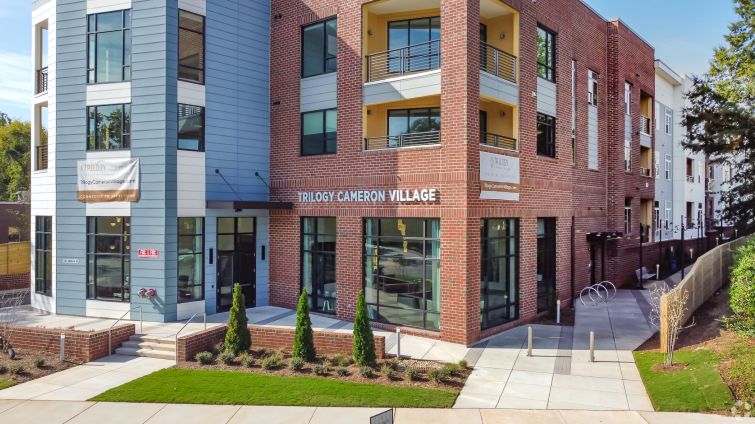 Mesa West Capital has provided $97.7 million in financing to a joint venture between The Preiss Company and Township Capital to buy two multifamily properties in Raleigh, N.C., Commercial Observer has learned.

The pair of five-year, floating-rate first-mortgage loans were used to facilitate the purchases of The Edition on Oberlin — renamed from Trilogy Cameron Village — and The Greens at Tryon Apartments, at 305 Oberlin Road and 2805 Par Drive, respectively. The two properties comprise a total of 468 apartment units.

The Greens at Tryon backs a $48 million mortgage, while The Edition on Oberlin backs the remaining $49.7 million.

“The partnership here benefits from the synergies created when you combine experienced, long-standing local sponsorship with a strong institutional capital partner,” Hirsh said about Raleigh-based owner and operator Preiss. “The Edition on Oberlin presented the opportunity to lend on a brand-new, high-quality asset located at a truly Main-and-Main location within Raleigh.”

The Edition on Oberlin was built with an urban aesthetic and is situated a couple miles from downtown Raleigh. The three-story asset features 203 units, with a mix of studio, one-, two- and three-bedroom apartments. According to Mesa West, the property has averaged 15 new leases per month since it was finished and delivered to market in September 2020, and it was almost 89 percent leased upat the time this loan closed in late October.

Built in 2001, The Greens at Tryon is located on a 28-acre site about five miles south of downtown Raleigh. The 265 units within the garden-style complex are spread throughout 13 three-story apartment buildings. Preiss and Township are planning to deploy some capital to renovate and upgrade the interiors of the apartment units, as well as building exteriors and common area amenities.

“Raleigh’s multifamily market benefits from strong job and population growth as well as its large pool of college-educated talent,” said Frahm. “While heightened construction activity resulted in more than 5,000 units delivered last year — the largest expansion since 2013 — the vacancy rate remains extremely low as supply still struggles to keep up with demand.”

The two deals marked the fifth and sixth acquisitions made by the Preiss and Township joint venture, according to a November release from the two firms.

“Securing these two assets together was an inimitable opportunity,” Susan Folckemer, the chief acquisitions and development officer at The Preiss Company, said in a statement as part of the November announcement. “We are thrilled to work collectively with Township Capital once again to secure core investment assets in a market key to each of our strategies.”

Township Capital CEO Matthew Gorelik said in a statement in November that the co-general partner model that it’s using in its partnership with Preiss has presented some “prime investment opportunities,” this time in the burgeoning city of Raleigh, near North Carolina State University.