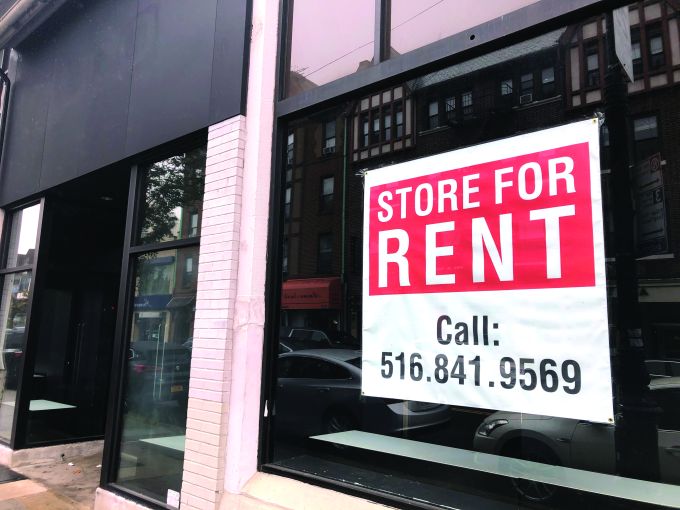 Retail leasing flourished in the third quarter, with tenants taking advantage of opportunities to switch locations, but the market still faces a looming threat of reduced asking rents in the wake of the pandemic, according to a report by the Real Estate Board of New York.

Leasing volume climbed above 1 million square feet in Q3 for the first time since 2019, with retailers signing lengthier leases and with SoHo and stretches of Madison Avenue doing particularly well out of the 17 corridors mentioned in a report released by REBNY on Thursday.

In all, Manhattan retail sales have steadily increased to about $38.3 billion in transactions in the third quarter, per REBNY.

“While there are some encouraging signs in the current Manhattan retail data, continued progress is contingent on key economic and public health factors over the coming months,” said James Whelan, the president of REBNY. “As we head into the start of 2022, the real estate industry looks forward to working with the incoming city administration on critical issues to the city’s economic recovery, such as improving public safety, creating good jobs, and safely welcoming back office workers and tourists.”

However, while tourism, art venues and restaurants made a comeback so far, further progress will remain difficult to predict with the omicron variant making its way into communities across the state and already influencing policy with New York City leaders as well as Gov. Kathy Hochul.

There were big rent discounts for retailers looking to take space, helping to drive the surge in leases, as the third quarter had 43.2 percent of storefronts priced below $300 per square foot, compared to 28.3 percent in the fall of 2019, according to the report.

As illustrated in the report, some corridors, relatively close in proximity to one another, performed differently.

“While it is going to be very important for the city to effectively manage COVID throughout the winter, we expect to see continued demand for top-quality space over the months to come,” Joanne Podell, executive vice chair of retail services at Cushman & Wakefield, said in a statement. “The next challenge ahead will be to bring even more of this exciting activity back to the central business districts.”

But the retail environment is undergoing a metamorphosis, according to Dena Cohen, a partner with Herrick, Feinstein, who told Commercial Observer that COVID-19 has made a nearly permanent impact on storefronts with many big retailers turning to e-commerce for their bread and butter.

“All over the country, there is a tremendous shortage in industrial space and the rents are becoming astronomical,” Cohen said. Where leases are expiring, the renewal rents can be as much as 60 percent higher than what they were. I believe the average is a 20 percent hike.”

The Gap was one example she pointed to in that the big-box retailer has gone from selling directly from storefronts to using those assets as distribution centers. She also pointed to the proliferation of new industrial developments to help them prioritize online shoppers.

“Brick-and-mortar retail is on the decline and warehousing [and] industrial is way up; just repurposing retail space has become somewhat more popular,” Cohen added.

Workers returning to offices and increased tourism mean foot traffic has been beneficial to businesses, but it’s not clear how growing concern from omicron will influence policy makers and pedestrian traffic. Mayor Bill de Blasio said Thursday that the omicron variant is “in full force” in New York City, and a new series of measures would be put in place immediately, while many companies have started to push back their return-to-office dates because of the variant.

De Blasio announced a six-pronged approach to combat omicron with an increased number of mobile testing sites and a doubling of brick-and-mortar testing sites. Up to $1 million KN-95 masks and half a million at-home rapid tests will be distributed for free through clinics and community organizations.

A paid media campaign will encourage booster shots and inspections of businesses, especially at restaurants and gyms, as well as office worker requirements that start on Dec. 27.

Department of Health Commissioner Dave Chokshi said the seven-day average for cases of the virus has tripled in the last month to 5.07 percent.