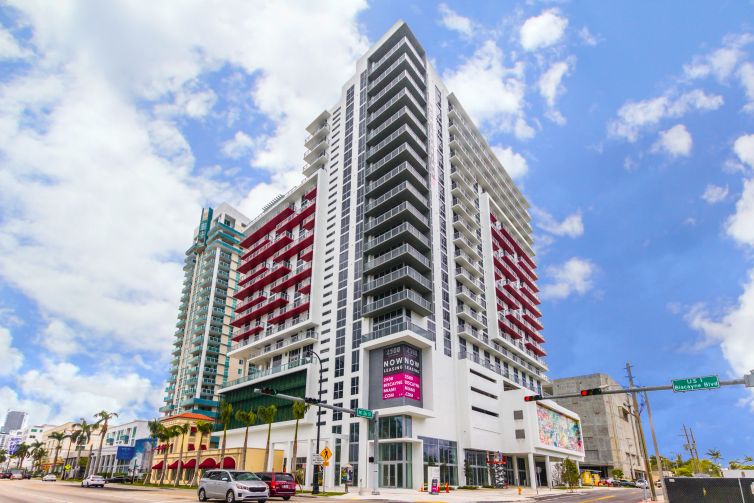 Respark Residential purchased a Wynwood residential high-rise for approximately $67 million, according to multiple sources familiar with the deal.

The property was fully stabilized at the time of the sale, with rents ranging from $2,000 to $3,700 per month for one- and two-bedrooms, according to brokerage firm Berkadia, which brokered the deal.

The sellers, Miami-based Alta Developers and Greystone, developed Wynwood Bay, which was completed in 2017, according to property records. The joint venture purchased the 26,935-square-foot lot for $10 million in 2014. A year later, Alta nabbed a $34 million construction loan from Fifth Third Bank, per records.

Respark, based in Fort Lauderdale, secured an acquisition loan, which Berkadia’s Laura Beaton arranged. A spokesperson for the brokerage declined to divulge the amount of the loan or the lender. A representative for Respark did not respond to a request for comment.

Berkardia’s Roberto Pesant and Jaret Turkell, Omar Morales and Jose Mota represented Alta, which is headed by Raimundo Onetto. Pesant did not respond to a request for comment.