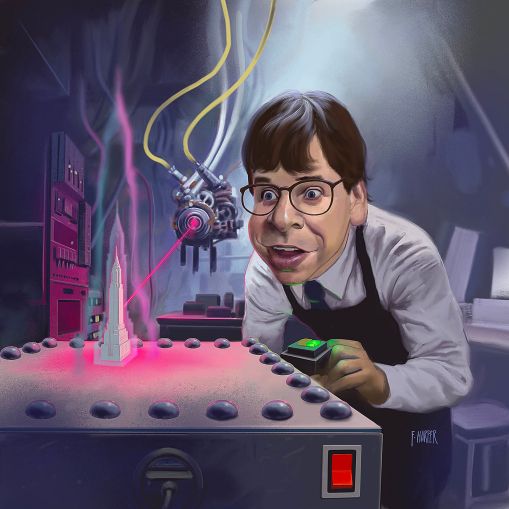 As the presence and impact of technology on office space increases, its physical footprint is diminishing, according to experts from large engineering firms and smaller proptech startups.

One way to view this trend toward fewer and smaller, but more powerful and integrated devices, is through the use of lighting technology, said Robert Fagnant, an associate partner and practice area leader for architectural lighting with engineering firm Syska Hennessy Group.

“Less is more,” Fagnant said. “That seems to be a mantra. In our process we tend to include lighting that is IoT [internet of things] enabled, or POE [power over ethernet] driven, such that the lighting itself can be managed or be seen as an asset itself.

“Instead of installing hardwired lighting that has an upfront cost amortized over a 30-year tax base, you can amortize low-voltage and temporary wiring as something that’s more of a furniture item over a seven-year tax base. It’s better for the client.”

While such POE devices can be more technologically sophisticated, unskilled labor can install and maintain them, saving the cost of skilled electricians, as landlords and tenants’ lighting needs evolve and are moved around office space, Fagnant added. The devices can multitask, too.

“!t can also be an asset tracking system,” Fagnant said. “You can have a system upstream. This is where the IoT comes into play. All of this has been brought into this internet of things that speaks together, where previously we had [separate] hardware systems. You turn the lights on, you have to go turn on the AC separately. You have to find out if somebody is in that room and schedule it manually. All of this can be done virtually now. You can manage your space sizes because you don’t need as much space as people flex back and forth. It’s one of the big innovations that we’re implementing a lot now.”

The shrinking of proptech devices is clear to Serene Almomen, CEO and co-founder of SenseWare, a proptech IoT monitoring company based in Vienna, Va.

“One hundred percent,” said Almomen, pointing to ozone sensors that have shrunk more than 50 percent since her company started seven years ago as an example. “We’re seeing that a lot on the sensor side of things, even within a span of months in the last year. Specifically sensors related to indoor air quality are decreasing in size and form significantly. That’s because they’re now going into spaces and there is the need to make them look nicer, non-intrusive and not so obvious.”

However, the number and size of sensors is not what matters, she said. “It’s not an issue. The issue of the sensor is the accuracy levels. We have iterated and integrated with a lot of newer sensors within the same family of data or sensors” to provide greater accuracy.

As an example, Almomen said that in the last year, there has been a lot of innovation and improvement in particulate sensors due to COVID, which made sensing submicron particles more important. “Similarly, with CO2 and other types of sensors in the indoor air quality and environmental quality space,” she said. “That’s where we are changing our hardware — to get more sensors and more accurate sensors that are now available.”

The use and miniaturization of sensors and other tech in the workplace is also leading to changes in the physical configuration of offices, especially in ceilings, said Richard Nowak, national head of business development at Syska Hennessy Group.

“We’re seeing [clients] putting more intelligence into ceilings,” Nowak said. “Once communication is the medium for power, the sensing of more parameters into that control medium helps us do it for less cost. We’re able to converge or collapse networks together. Systems become one instead of multiple systems in a building. So we can reduce installed costs for traditional systems and we can provide more sensing to provide more intelligence to a space. Now, instead of lighting just being lighting, it is also data acquisition for us, especially since now it’s on ethernet.”

Fagnant agreed. “We’ve had POE for probably 15 years,” he said, “but only in the last five years have we seen significant changes in the head-end equipment or those network switches. Initially they were designed for small devices like phones and things like that. Now, to power up a light, which is a power supply similar to your computer, with those loads coming down and ethernet switches, the capability is going up.

“We went from very low power requirements of 12 [watts], then it went to 24. Now it’s going to 48 and we’re getting over 96 watts capability out of those ethernet switches with each port, which lets us power more lights, bigger facilities. It’s a lot more flexibility with less wiring.”

“With the emergence of all these different IoT technologies, we’re seeing technology, and more importantly data and the analytics that we get from the data, driving better outcomes for each building,” Hutchinson said. “We started looking at the different components or system levels that we provide, which include the building management system controlling the air and doing all the stuff that the physical building needs.” Those systems include fire alarms, security, access control, physical security, and more, he said.

“This is when I think we really started understanding, ‘hey, there’s ways that we can get all the stuff that people want these days, a WELL building or a LEED building, but we can do it by reducing the amount of stuff in the ceilings,’” Hutchinson said. “With Enlighted, we work very closely with the lighting vendors, and they’ve been pre-approved for a number of different lighting manufacturers to have their devices embedded in [the building].”

Enlighted’s embedded devices — which can be no larger than a smoke alarm, if not a hockey puck — don’t just  control lighting and temperature. They can also, all in one, act as velocity sensors and bluetooth detectors. The former can count heads, and the latter can facilitate notifications to nearby people who have their bluetooth on on their smartphones or other devices.

“You get really granular data and I think that’s going to be the trend more and more,” Hutchinson said. “The smart buildings of tomorrow are going to interact with us.”