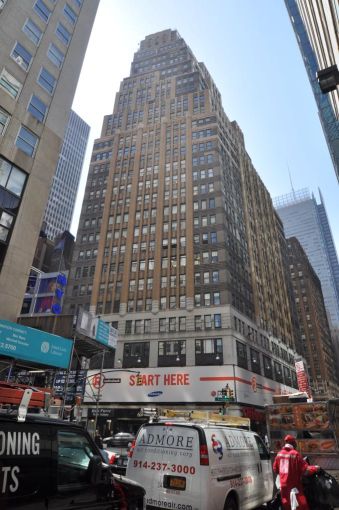 Landlord New York City REIT could be in line for a proxy board battle after an activist investor nominated a new board member and accused the real estate investment trust’s current leadership of allowing its “balance sheet to erode” and its CEO of conflict of interest.

Tel Aviv-based Comrit Investments wrote a letter to the REIT’s board of directors Wednesday to tap Sharon Stern as an independent member of the board or face a “costly contested election” next year, The Real Deal first reported. Stern serves on the board of directors of retail REIT Cedar Realty Trust.

“We cannot sit idly by as the board continues to allow New York City REIT’s balance sheet to erode and the company’s stock to trade at a discount of approximately 86 percent,” the letter reads. “We believe adding an independent real estate investment expert to the board can help ensure that all paths to value creation are explored without bias.”

A spokesperson for New York City REIT did not immediately respond to requests for comment.

New York City REIT paid more than $11.2 million in 2020 and $10.5 million in 2019 in management fees to entities owned by AR Global and the deal carries a $15 million early termination fee and automatically renews every five years, according to the letter.

“In our view, this is not only a gross misallocation of capital, especially given the company’s performance, but forces us to question how seriously the directors have taken their obligations to stockholders,” the letter says.

New York City REIT, previously known as American Realty Capital New York City REIT, was formed in 2013 and currently has an $861.9 million portfolio of office and retail around the city, including Nine Times Square and 140 Avenue of the Americas. It started listing its shares on the New York City Stock Exchange last year, Real Estate Weekly reported.

It was founded by Nicholas Schorsch who started dozens of other real estate companies including American Realty Capital Properties.

American Realty Capital Properties, which eventually became VEREIT, faced criticism after it submitted doctored reports in 2014 that overstated its earnings and understated its losses, TRD reported.

The accounting scandal led Schorsch to resign and its CFO Brian Block to be sentenced to 18 months in prison, TRD reported. It also paid out about $1 billion in settlements.

Update: This story has been updated to clarify that New York City REIT was not managed by VEREIT.