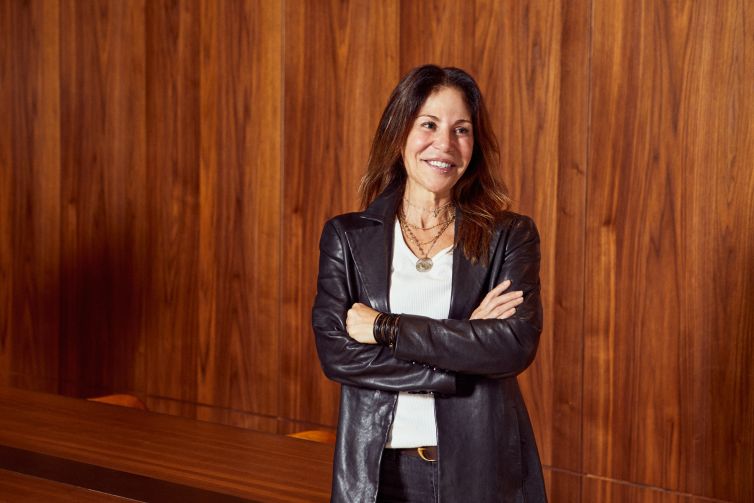 Kathe Chase has been at the forefront of New York City industrial conversions for 30 years. She was involved in the renovation of a former Nabisco factory into Chelsea Market in the 1990s, and with the conversion of the Falchi Building in Long Island City, Queens, into office and retail even before that.

In recent years, however, she has spent her time leasing up Industry City, a sprawling early 20th century manufacturing complex along the waterfront in Sunset Park, Brooklyn, owned by Jamestown, Belvedere Capital and Angelo, Gordon. During her tenure at Industry City, the 16-building, 6 million-square-foot campus has slowly transitioned from a derelict former warehouse district to an active office and retail development featuring landscaped courtyards with seating, shops and a food hall.

Chase left her role as leasing director for Industry City at the end of 2021 after seven years and became a consultant at the development. She got on the phone with Commercial Observer toward the end of her tenure to talk about the transition and about what she’s learned from decades of working on industrial reuse projects across the five boroughs.

The interview has been edited for clarity and length.

Commercial Observer: You’ve been the leasing director Industry City for a long time. What will be your role as an external consultant?

Kathe Chase: It’s not formal consulting at all. When we decided, or I decided, that it was time for me to take a lesser role here, it was really a conversation with the partners, who are family to me now. We’ve been doing this for seven years, and I worked with them. I also worked with them at Chelsea Market many moons ago. So we have a very long history here. And it was much more of a conversation around stepping aside, because it was time for me to take a deep breath and think about other things while also staying very close to the partnership and helping with discrete projects and keeping a hand in, in some form. But we’ve been so busy since we made the announcement that we have not solidified exactly what those projects are. We’ve been brainstorming a lot of projects that we think are important that we haven’t tackled yet. And we have not defined exactly what that looks like.

So what was the impetus for leaving?

Actually, pre-pandemic, I thought we’d really gotten to a place where we’re stable. It’s never done. It’s so big. And we’ll always keep reinventing and modifying and iterating but we were in a place where it felt done, and our occupancy was way up and leasing was way up. And a lot of the projects and the infrastructure had been completed. And it was a 24/7, amazing job, but it was 24/7. I thought it’s really time for me to take a step back and take a deep breath and relax a little bit and do less here.

And then the pandemic hit. So I thought it’s not the right time. Tenants were struggling and needed deals restructured. On the campus, we were pivoting in a million ways in terms of new rules and regulations around everything.

So we were doing deals, but lots and lots of short-term deals, which took a lot of time and working with the tenants, and we were there to help get them over this hump and make sure they could stay in business. There was just too much to do. So I stayed through the pandemic, to make sure that we came out the other side. A few months ago, I realized we did at least half a million square feet in 2020, and we’re trying to do more this year. And I felt that it really was the time to hand this off.

Have you figured out who’s replacing you?

We’re looking right now. And still determining if it’s just a reorganization and adding a few people and not necessarily replacing me, or if it is replacing me.

How leased is Industry City now?

I think it’s 78 percent leased. I haven’t looked lately. And, as I said, we’ve done a lot of leasing. And the other thing I can provide you with is what we’ve done in different phases. The leasing figure for the first phase, I think, is much higher, maybe even 90 percent. But then there were phases that started leasing more recently, so they’re not as leased.

Are there any deals from 2021 that you want to highlight?

I do think that Union Square Hospitality, which is 70,000 square feet, was signed during the pandemic. Cowtan & Tout, which is a fabric house out of Manhattan, signed about 25,000 square feet.

What non-Industry City projects do you plan to work on?

I’ve been talking proactively to different people about different projects. There are a few things that feel exciting and feel real, and some are small and really interesting, and some are big. And I’m wondering whether or not I really want to embark. I did my big thing, you know, so I’m just really figuring it out. And so much of this has to do with the fact that when we first talked about my taking a lesser role here, we had all agreed that I needed to remain in the same role for months to help figure out what this looks like without me or with me in a different role. So I know it’s a really unsatisfying answer, but it would be premature for me to speak about any of it because I haven’t decided; I haven’t finished conversations.

Are you looking at projects outside of New York?

No, no, no, I’m actually not. Not that I wouldn’t. But I feel like so much of what I know and understand and the people I know and the connections I have are in New York City. And, to be frank, I love New York City. It’s where I’ve always been. I started in Long Island City, I moved on to Chelsea. I’m now doing Industry City. And I really would like to see the city get back on its feet, and I very much hope to be afforded that opportunity.

Tell us about your work at Chelsea Market.

My history is I started in Long Island City. In the late `80s, it was really an industrial market, there was zero residential. One diner, you know, no restaurants, nothing there, no retail. We had about a million and a half square feet of old warehouse buildings, and converted them to creative office. And then I moved to Chelsea and we bought what’s now known as Chelsea Market. It was actually bigger than the current Chelsea Market. And, of course, Belvedere and Jamestown had a major hand in redeveloping all of Chelsea. They bought up lots of buildings there. And we certainly pioneered the conversion of that neighborhood.

Then we did the same in Sunset Park. We came in and made a big enough statement that the entire neighborhood really started to change in terms of employing so many more people that were there and having so many more businesses there and lots of activity at night and on weekends. So I would hope that I could do more of the same in New York City, especially now.

When you were in Long Island City, who were you working for?

Irwin Cohen, who — you sound very young  — do you know who Irwin is?

He really grandfathered this whole idea of adaptive reuse, and taking these turn-of-the-century warehouse buildings in true industrial areas, and converting them to creative office buildings. He would have a mission statement: “What will bring businesses here? This is a half-a-million-square-foot warehouse that Bloomingdale’s uses and 10 people work in the entire space; and there are no restaurants and there’s no residential, and it’s a 10-minute walk to the subway. What would make this interesting? Why would a business move here?”

He was the person who really started that line of thinking. He bought what was originally built as a Nabisco cookie factory. That’s what later became Chelsea Market. And he was the person who conceived of the food hall; it was the first food hall. That might sound funny to you, because now there are a lot of them. So that was the idea — not replicating what had been done before, but thinking about the future of real estate and setting a trend.

What buildings did you work on in Long Island City?

I don’t know if you’re familiar with them. One was a Bloomingdale’s factory. One was a Macy’s warehouse. Are you familiar with Long Island City? Do you know the Factory? The Falchi Building? Does any of this sound familiar to you?

Yeah. So Irwin was the person who took those from true warehouse to creative office. There was another building, which is not there anymore. There was a row of buildings along 47th Avenue — one was called Redstone Rocket, one was Falchi, one was Factory. We also had one on Northern Boulevard. He also felt that converting one building did not make for a neighborhood. And so it was also about having a density of buildings and then creating an energy and a neighborhood, ultimately.

What do you feel like you’ve learned at Industry City? What’s the takeaway from spending seven years helping to redevelop this huge, hulking industrial campus?

The first thing for me was to make sure that we were very clear in our mission statements. Belvedere and Jamestown came in with a concept about what it meant to take this 35 acres and 16 buildings in a fringe neighborhood — and what it would take to make this a real destination, a place that businesses wanted to come, employees wanted to come to; but that also integrated it into the neighborhood so that it was part of the neighborhood and also a place that people knew as Industry City. And the challenge and what I think we all learned is, how do you stay true to that mission — so that you have a message and everybody understands the message and what you’re doing there — but at the same time not confuse anybody because you’re learning as you go? So it was the balancing act of making sure we kept moving forward and doing what we said we would do, but also learning as we go.

I also think I learned how important it was as a real estate person to partner up. And I think I knew this, but, in fact, it’s what we practiced every day. It wasn’t just about leasing space, it really was about partnering up with the companies that were in Jersey City and understanding the synergies were between us; and then between the companies and the other companies there; and learning how to create a community that was truly a partnership of companies where they leveraged off  each other.

I had a meeting yesterday with a biotech company that was at Industry City and growing at IC, and was running off because they were meeting with four other biotech companies at IC, to brainstorm how they could share lab space and bring a few other companies here. And I think that’s what we were so successful at doing, creating this community of businesses who really learned how to leverage off each other and partner together, and bring us other tenants.