Meanwhile, Apple takes the opposite approach, closing stores to customers out of concern over skyrocketing cases 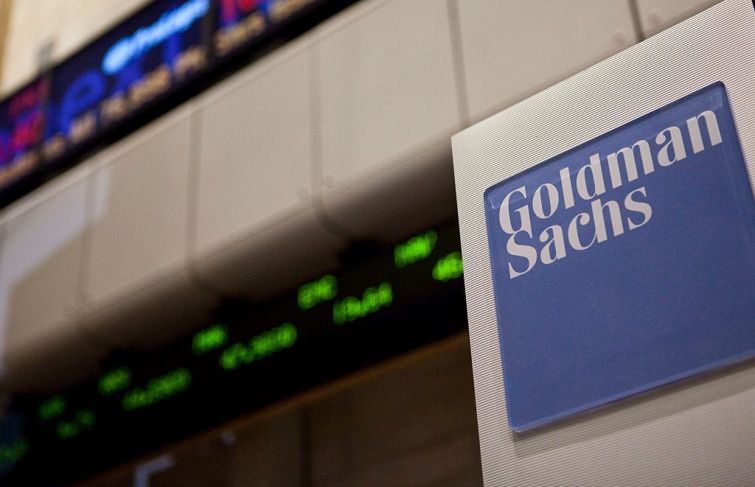 As coronavirus cases surge in New York City, Goldman Sachs is sticking to its guns when it comes to keeping employees in the office by making COVID-19 vaccination booster shots mandatory by Feb. 1 for those eligible for an additional dose.

The banking giant is doubling its testing requirements, asking employees to get tested for the coronavirus twice each week rather than once, Bloomberg reported. But Goldman’s approach is the opposite of other large New York City office occupiers which have, at least temporarily, moved away from in-person work as cases of the omicron variant spike in the Big Apple.

Citigroup told its workers that they could call into the office from home through the holidays, Bloomberg reported. The firm previously required staffers to get vaccinated and head back to work in August. Google, Uber, Ford and Wells Fargo all delayed plans to require employees to come back to the office.

The delays come as the omicron variant spreads across the city and state. Every neighborhood in the five boroughs is seeing transmission rates above 10 percent, and COVID-19 cases citywide crept above 20,000 per day on Dec. 22, rising to 21,727 on Dec. 23 according to government data. In the state, coronavirus-related hospitalizations rose to more than 5,500 cases over the Christmas holiday for the first time since February, NBC reported. Hospitalizations among children have also increased.

That spike in cases is why the tech-giant Apple has barred customers at its New York City retail shops from going inside, CNBC reported. Apple’s 11 locations across Manhattan, Brooklyn, the Bronx and Staten Island will be open for customers to pick up online orders outside the store with some “limited walk-in services,” according to Apple’s website. The company also delayed its February office homecoming, saying the new return date for its white-collar workers would be determined at a later date, based on the state of the pandemic, The New York Times reported.

“We regularly monitor conditions and we will adjust both our health measures and store services to support the well-being of customers and employees,” an Apple spokesperson said in a statement. “We remain committed to a comprehensive approach for our teams that combines regular testing with daily health checks, employee and customer masking, deep cleaning and paid sick leave.”

Apple closed all of its U.S. retail locations last year when the pandemic began, and after the more-contagious omicron variant began to spread, the company began requiring customers to wear masks regardless of state masking rules, CNBC reported. About 20 Apple stores are closed nationwide out of concern for rising coronavirus cases and winter storms, the Times reported. Apple employees called for a walkout on Christmas Eve to demand better working conditions, pay and more sick leave.

A representative for Goldman Sachs did not immediately respond to a request for comment.