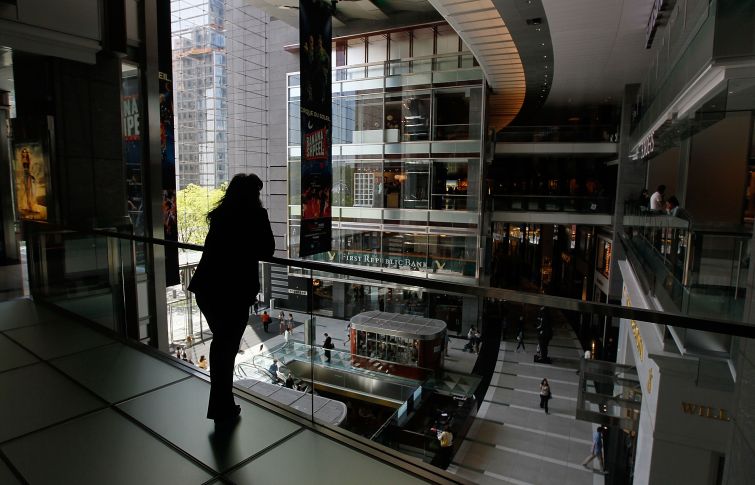 Consider the following two Midtown commercial leases affected by the COVID-19 pandemic: one an upscale clothing retailer at Columbus Circle and the other a delicatessen near Rockefeller Center. When the pandemic hit, both tenants withheld rent, claiming business hardships, leading to litigation. Decisions were issued in both cases in May 2021, five days apart, with polar opposite results: the clothing retailer was ordered to pay millions in past-due rent, while the deli was excused.

Understanding the legal and business principles behind these contrasting decisions, A/R Retail LLC v. Hugo Boss Retail Inc. and HWA 1290 III LLC v. GKNY 1 Inc., will prove critical for commercial landlords seeking to protect income streams against business interruption claims. A fundamental takeaway for landlords (and tenants) is to expressly allocate risk upfront in the lease to the fullest extent possible. This approach affords a degree of predictability and avoids becoming subject to the vagaries of century-old common law doctrines like “frustration of purpose” and “impossibility.”

After considering these two key force majeure court decisions from 2021, we look ahead to next year. With pandemic lessons in mind, what terms are tenants and landlords negotiating in new deals to allocate the economic risk of uncontrollable business disruptions?

The landlord in A/R Retail had remarkable foresight. In 2012, A/R Retail entered a 13-year lease with Hugo Boss for a store within The Shops at Columbus Circle. In that lease, the parties provided for accommodations in the event the tenant’s ability to run its business was affected by government orders, which expressly excluded abatement of rent. That is, under the lease, in a force majeure event, delay in the tenant’s performance was generally excused, except the obligation to pay rent.

This express lease provision served two important purposes for A/R Retail when Hugo Boss later sought to avoid its rent obligations during COVID. First, and most simply, it was an enforceable contractual term the landlord could hang its hat on. In addition, the force majeure clause reflected an upfront allocation between landlord and tenant of risk in the event of a government shutdown, which defeated the tenant’s later requests for relief under extra-contractual doctrines.

As Judge Joel Cohen explained: “Force majeure provisions can be fatal to a frustration of purpose defense. Such provisions tend to delineate ex ante which disruptions will excuse which obligations. Then, when one of those disruptions occurs, the parties are held to the allocation of risk agreed to in the contract; they cannot seek refuge, ex post, in the frustration of purpose doctrine.” In these circumstances, the landlord, A/R Retail, was granted summary judgment, and Hugo Boss was ordered to pay millions in past-due rent.

In contrast, landlord HWA and tenant Global Kitchen did not negotiate a force majeure clause, instead operating for years under a lease that was silent on the parties’ obligations during crises. This uncertainty played out in the tenant’s favor.

Judge Margaret Chan denied HWA’s motion for $500,000 in past-due rent and directed Global Kitchen to pay a mere 25 percent of rent under the lease while the lawsuit was pending. Judge Chan reasoned that, absent a force majeure clause, the doctrines of frustration of purpose and impossibility may (or may not) excuse Global Kitchen’s rent payments, depending on the answers to “factual questions” that needed to be resolved. Thus, HWA’s motion for rent payments filed at the onset of the case was denied and the case dragged on.

This tenant-friendly outcome illustrates the importance to landlords of negotiating a lease that allocates risks upfront. If the lease terms dictate the result, a court may be willing to resolve a case early on during summary judgment, as Judge Cohen did in A/R Retail. However, in a case like HWA, where the lease was silent, the court may need to resolve difficult factual questions, such as whether pandemic-related disruptions support a frustration of purpose or impossibility defense — leading to uncertainty and protracted litigation.

Early indications are that landlords and tenants are heeding pandemic lessons and negotiating lease terms that consider business interruption risks. While force majeure clauses were almost never a central focus of negotiations pre-pandemic, we now see contractual terms that run the gamut — from automatic rent abatements during government closures, to stepdowns in rent based on occupancy limits, to broader termination rights.

Much has to do with bargaining power, as publicly traded companies and other highly desirable tenants flex their muscle to refuse the “hell or high water” rent terms of the past and demand more flexible leases. With office leases in particular, shorter‑term deals are emerging as another solution, with all sides acknowledging the need to periodically renegotiate. Indeed, if there is one thing certain in the commercial real estate market today, it is uncertainty.