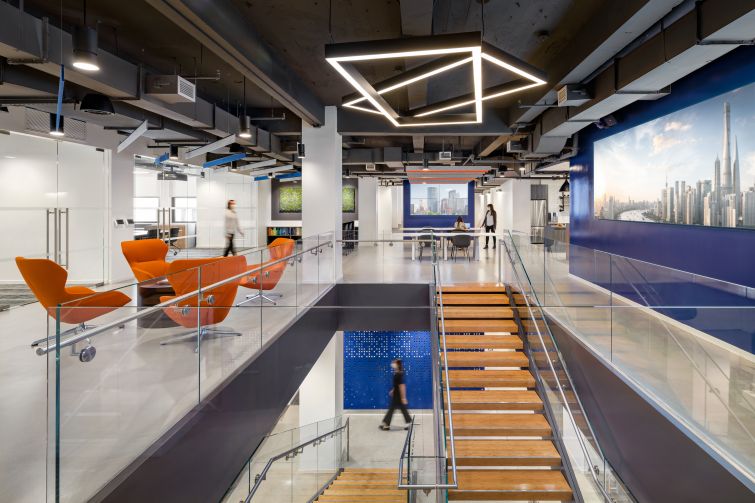 Cosentini and MKDA have designed a new space for the engineering firm that helps put its work designing HVAC, plumbing, lighting and utilities on display. Image: Alexander Severin/MKDA 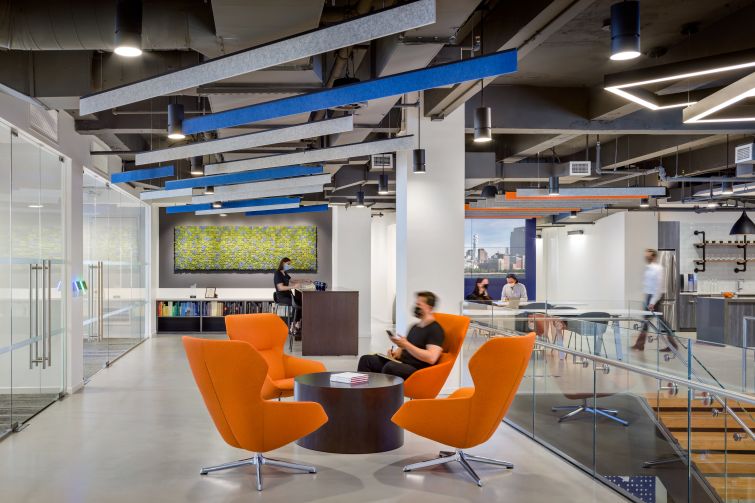 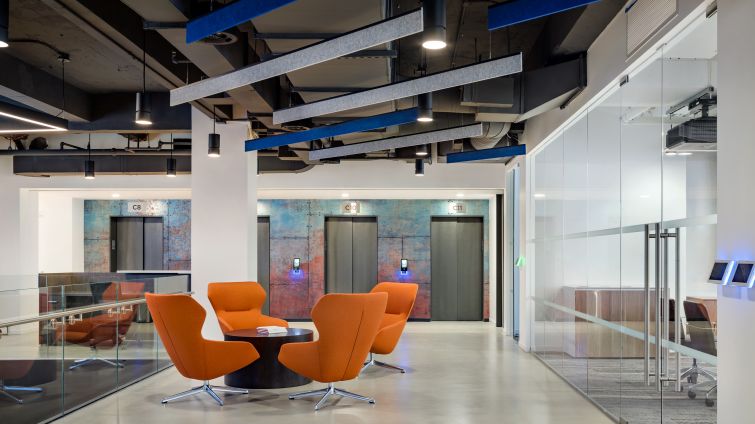 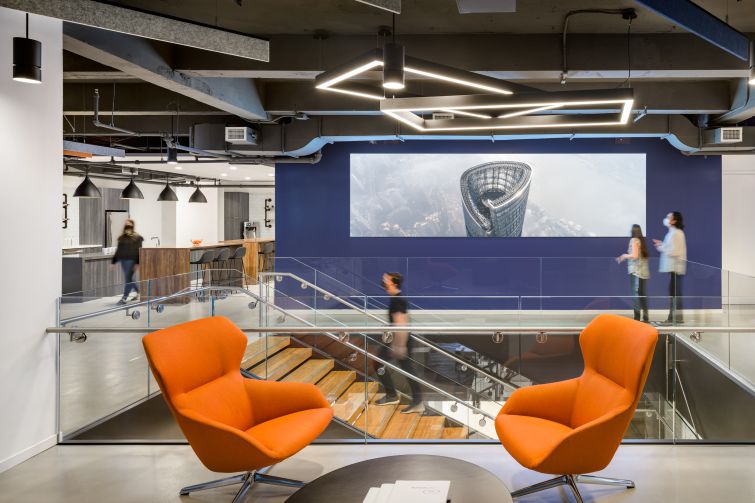 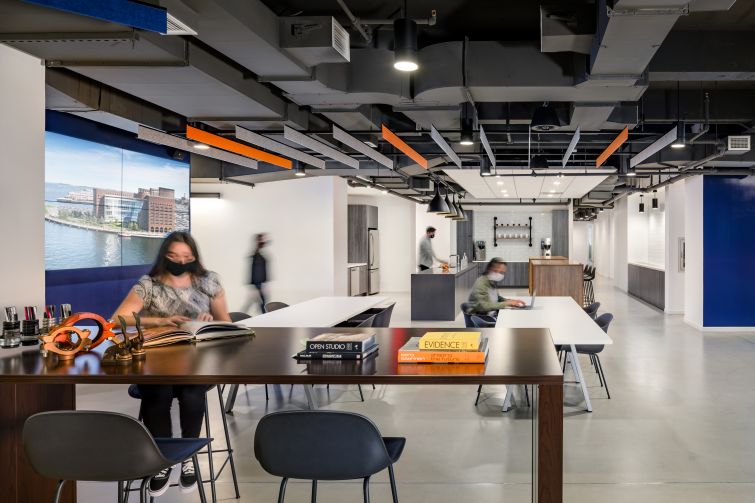 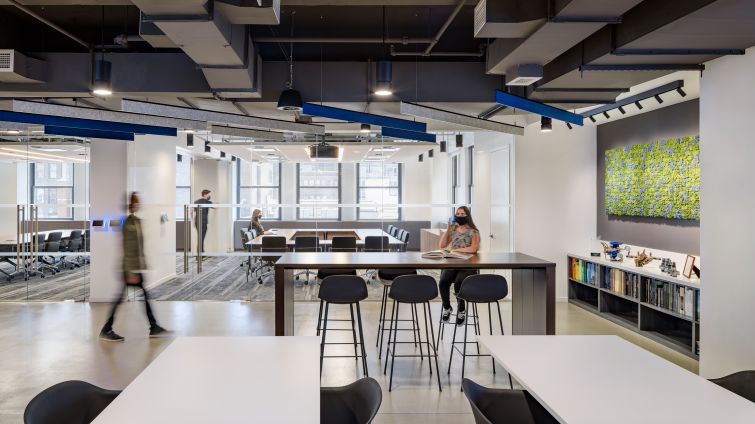 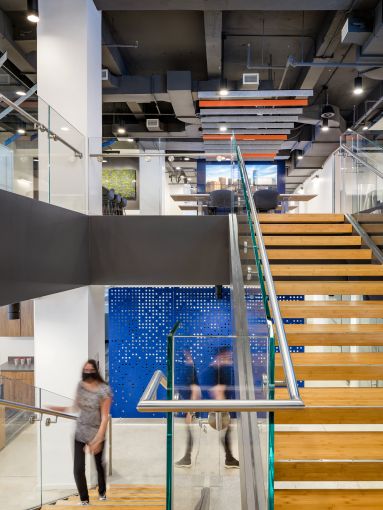 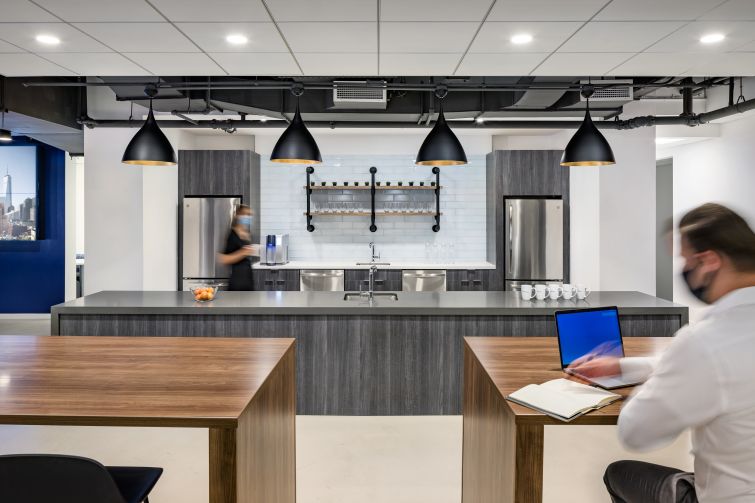 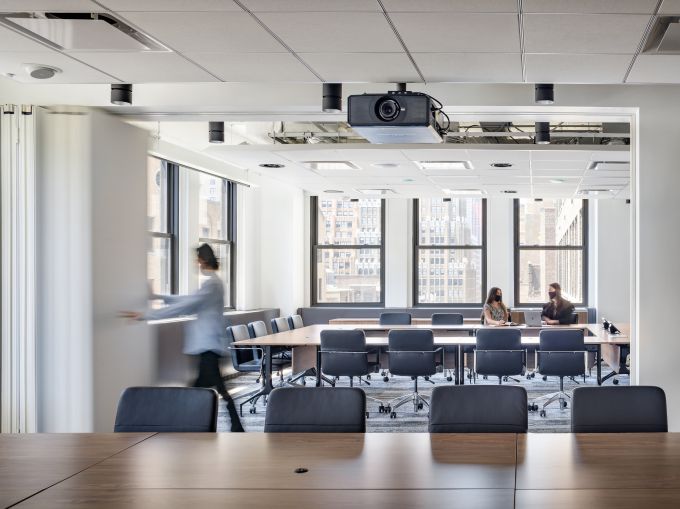 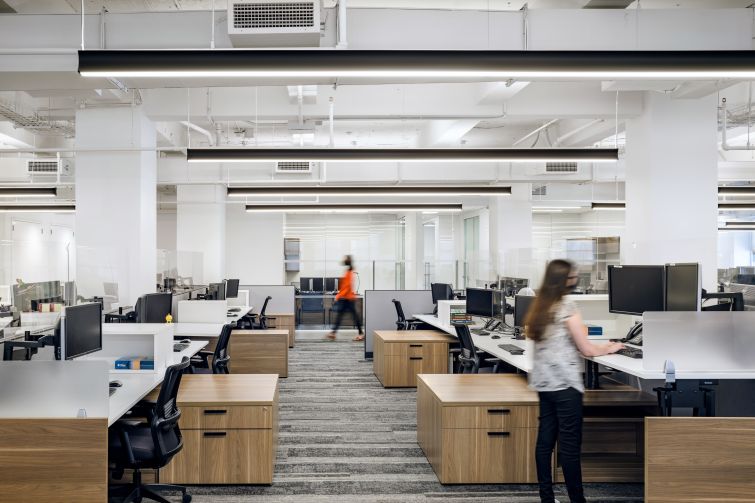 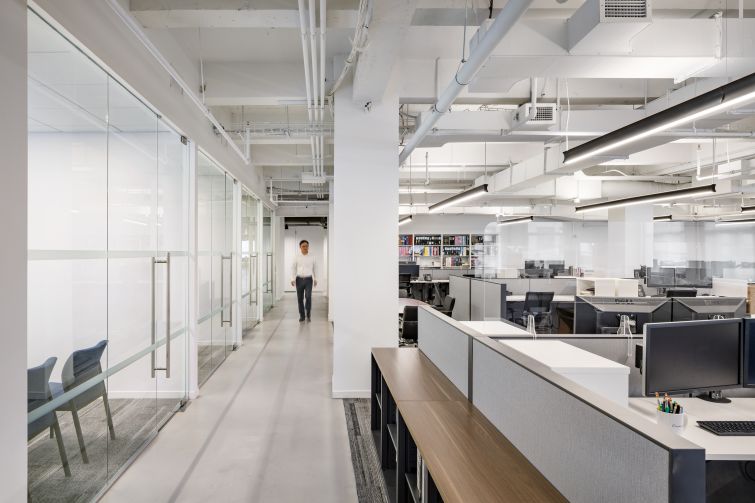 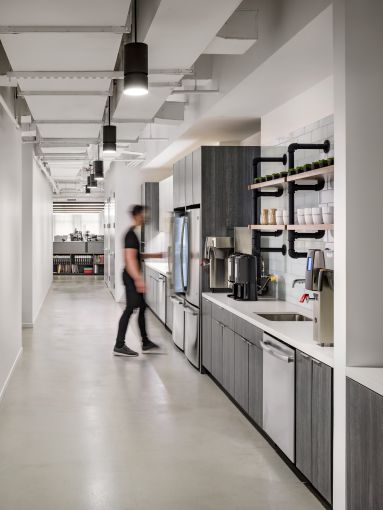 When engineering firm Cosentini Associates decided to move its headquarters from 2 Penn Plaza to 498 Seventh Avenue in early 2019, it wanted to create an office that highlighted its work in mechanical engineering.

Naturally, Cosentini handled all the HVAC, lighting, security and audiovisual engineering in its new 60,000-square-foot space, which is spread across two floors. So its architects at MKDA decided to help highlight the engineering firm’s work by exposing the ductwork and cabling along the ceiling, as well as by creating a display area with sprinkler heads, pipes, lighting and other products that Cosentini installs for clients.

“We thought it would be great to showcase what they do,” explained architect Julia Lindh, who oversees MKDA’s Stamford, Conn., office. “We have an exposed ceiling to be able to express the ductwork and the pipes. We have a display area where they show different kinds of sprinkler heads so they can show clients their tools of the trade when they come in.”

The space has a modern industrial feel, with polished concrete floors, a largely open layout, and a spacious kitchen that includes white subway tiling, gray wood-paneled cabinets, and wooden shelves suspended from the wall by black metal pipes. Even the wall of elevators next to reception is paneled with a vinyl wall covering that looks like corroded metal paneling.

Opposite the reception area is a seating area with orange midcentury modern lounge chairs, a small library of color-coordinated engineering books and a green moss wall. There are also open-work areas with long tables, framed by a blue accent wall with an LED screen that displays Cosentini’s major construction projects.

A large central staircase splits the office, linking large glass-paneled conference rooms, the main kitchen, executive offices, the majority of employee desks and a handful of small meeting rooms upstairs with a smattering of workstations and a few small conference rooms downstairs.

The president of Cosentini, Douglas Mass, collected employee input via written surveys and committee meetings to ensure that workers felt included in the design process.

“It was a very collaborative effort between us and them,” Lindh explained. “The owner felt it was important that the employees had a say in everything. He wanted to make sure it was a space they all felt a part of.”

Construction began in the fall of 2019 and wrapped in early 2020. Fortunately, the layout was spacious enough that plans for the office didn’t have to change much during the pandemic.

“They went out and got some screens to separate the desks,” Lindh said, “but, other than that, they felt the space gave people ample space between and places to go to remove themselves if they wanted to.” 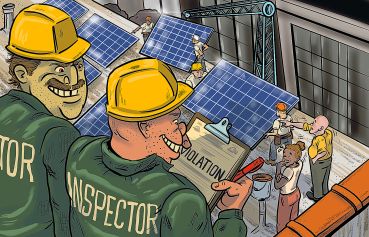