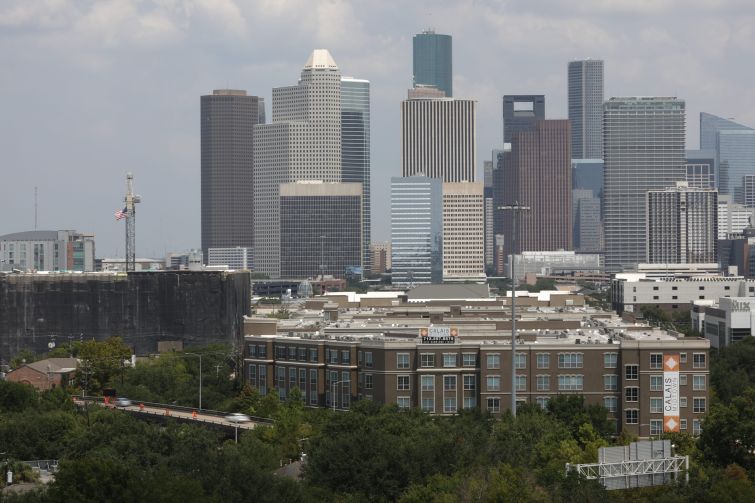 The 10-year, partial interest-only commercial mortgage-backed securities (CMBS) loan facilitated about 65.1 percent of the $91 million cost of Fountains on the Lake at 12520 Fountain Lake Circle, a retail center located in an affluent area about 17 miles southwest of downtown Houston, according to data from Fitch Ratings.

The CMBS loan from Argentic, which closed on Nov. 24, plus about $35.1 million in equity contributed by Dhanani funded the purchase and also covered multiple reserves, including a $350,000 upfront leasing reserve, per Fitch.

The property is located off Interstate 69 in a fast-growing county with more than 900,000 people, about 400,000 of whom are located within a five-mile radius of the asset, with an average household income that eclipses $83,000, according to Fitch’s analysis.

Fountains on the Lake has performed very well over the last decade — particularly through a pandemic-stricken 2020 — averaging an occupancy rate of 92 percent since 2011 and posting a 91 percent occupancy rate throughout 2020, per Fitch. At the time this CMBS loan from Argentic was originated, the property was 90 percent leased out to 41 tenants, including an AMC movie theater, Main Event Entertainment, Hobby Lobby, Bed Bath & Beyond, Ross Dress for Less, Old Navy and Mattress Firm.

AMC and Main Event — an entertainment venue similar to a Dave & Busters that has a bar, dining, arcade games, bowling, laser tag, mini golf and more — are the two largest occupiers of space at the property, representing almost a quarter of the asset’s rentable area.

The AMC at Fountains on the Lake is one of the highest grossing such theaters in the country, per Fitch. It sits in the top 5 percent of all AMC locations, with ticket sales per screen — it has 18 screens — in 2019 that came it at around $441,000, compared to the company-wide average of $298,000. But despite this, revenue at the AMC were down 71 percent in the second quarter compared to the second quarter of 2019.

The Main Event at the property is the most visited venue out of the five that are located in Houston; it is also the third-highest performing Main Event in all of Texas.

Over the next several years during the lease term, there is a healthy amount of lease rollover. About 22 percent of the asset’s net rentable area will roll in 2024, followed by another 24 percent of space three years later and 18 percent in 2028, Fitch data indicates.

Officials at both Dhanani and Argentic did not respond to separate inquiries prior to publication.