The developer has big plans for the emerging neighborhood 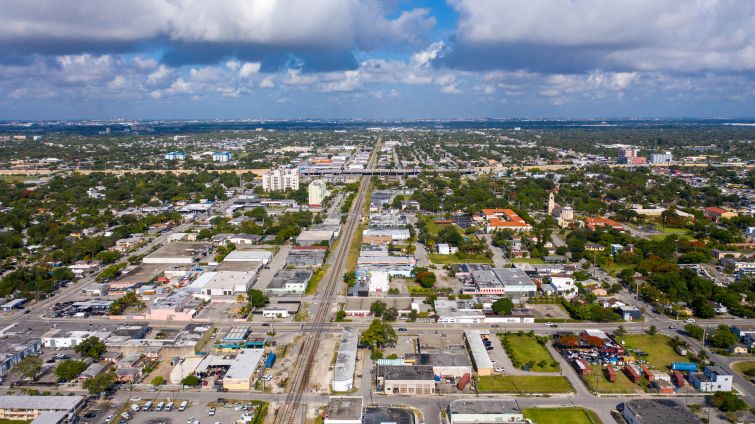 Development in Little River, an emerging neighborhood in Miami, is poised to enter into high gear after a large portfolio sold to the developer who helped transform Chicago’s Fulton Market.

The neighborhood, mostly consisting of low-rise commercial buildings, is bordered by 62nd Street, just north of Little Haiti, and, as its name implies, the Little River, which leads into Biscayne Bay.

In 2014, the Vander Werff pair began assembling the land and renovating warehouses with the aim of turning it into a vibrant artsy neighborhood. Tenants of the project include restaurants La Natural, Sunny’s Someday Steakhouse, and fintech company YellowPepper. Arts organization Oolite Arts, formerly known as ArtCenter/South Florida, is building a new office and artist residence in the district.

The Vander Werffs teamed up with AJ Capital to turbocharge development, Matthew told Commercial Observer. The partnership “was about teaming up with a group that can really help propel the project to the next level,” he said. MVW Partners will remain a minority partner.

AJ Capital has a long track record of building in gentrifying areas. It was active in Chicago’s Fulton Market, a warehouse district near the city’s downtown that is now home to Google and buzzy restaurants. In that neighborhood, AJ Capital developed the Soho House, a swanky club, and an office building, which has WeWork as a tenant.

“One of our bigger regrets was that we weren’t involved with all of the ancillary developments [in Fulton Market], where we thought there was a lot of opportunity and other groups were able to be part of that,” Eric Hassberger, the president of AJ Capital, told CO.

The Miami purchase is AJ Capital’s seventh venture into opportunity zones, a federal program that offers tax incentives in return for investments. The firm owns the Graduate Hotels chain with over $3.6 billion in current real estate investments across 45 markets, according to the company.

AJ Capital secured a $67 million loan from the City National Bank of Florida to fund the Little River acquisition, per records.

The project has drawn comparisons to Wynwood, which used to house abandoned warehouses. Today, it’s one of Miami’s most sought-after neighborhoods, attracting tech companies, retailers, restaurants — and new development.

In Little River, AJ Capital and MVW Partners are planning to renovate most of the remaining warehouses, but are also planning to build approximately 100,000 square feet for new offices.

Another new project underway within the portfolio is a 275-unit multifamily development in partnership with RAY, the firm founded by socialite and art patron Dasha Zhukova, which will be completed in the coming three years.

“We believe neighborhoods should be a combination of old and new and layers,”  Vander Werff said.
​​