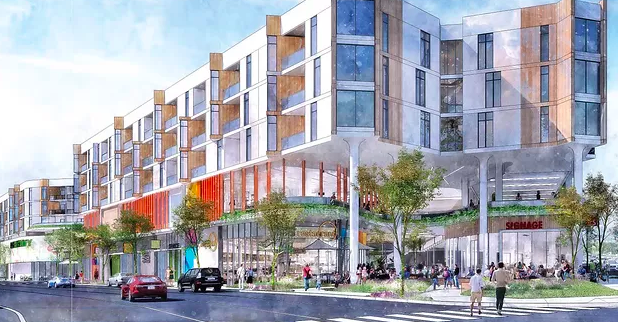 Thorofare Capital supplied a short-term, pre-development loan for the joint venture to acquire a 3.43-acre site in Culver City, Calif. The sponsors paid $44.6 million for the 11111 Jefferson Boulevard property for a planned 230-unit multifamily development with 66,500 square feet of retail and 652 parking spaces.

“We are excited to have closed this financing on such a prime parcel in Culver City with a premier sponsorship team,” David Perlman, a managing director of capital markets at Thorofare who originated the deal, said in a statement. “The sponsor’s detailed plan during the entitlement process to go above and beyond what is typical in a rezoning approval process was impressive and resulted in smooth approval meetings that are rare in the Culver City submarket.”

Perlman noted that JBC and 3MR Capital were actively engaged with the Culver City community the past two years as they sought zoning changes on part of the mixed-use site from previous restrictions for only single-family housing. More than 20 neighborhood meetings were hosted by the sponsor, either in-person or over Zoom, in addition to required public hearings.

The property is currently 100 percent leased to three tenants, Valvoline Oil Change, Coco’s Pie Shop and a United States Postal Service store and truck yard. Perlman noted that the site is located at the intersection of two major retail corridors with housing communities nearby that makes land desirable for redevelopment.

“JBC and 3MR are excited to be working with everyone involved in this project, and we appreciate the community’s involvement and support to date allowing the project to take shape into what it is today,” a spokesperson for the sponsors said in a statement.