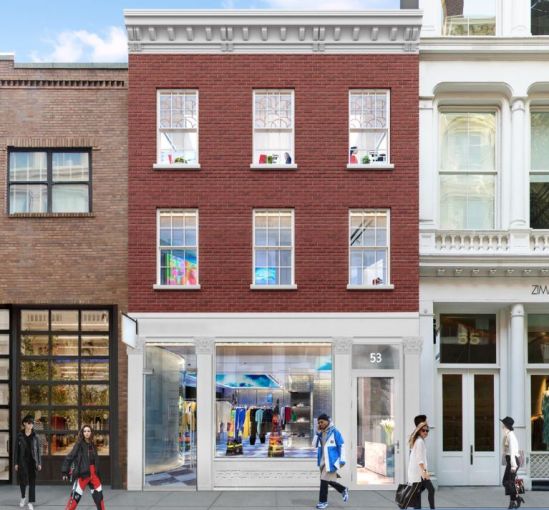 Luxury Swiss watchmaker F.P. Journe has leased the lower floors of a SoHo townhouse for a new store, relocating from its longtime home on the Upper East Side.

The company will leave its 900-square-foot storefront at 721 Madison Avenue, between East 63rd and East 64th streets, for a 6,210-square-foot store at 53 Mercer Street, according to Lee & Associates NYC. The new lease covers the basement, ground floor and second floor of the renovated three-story brick townhouse between Grand and Broome streets.

Asking rent for the ground floor was $225 a square foot, according to The Real Deal, which first reported on the lease.

F.P Journe’s departure from Madison Avenue comes as some other luxury brands and stores leave the Upper East Side during the pandemic. The shuttered Barneys New York flagship at 660 Madison Avenue, for example, was recently reborn as an art event space.

“We targeted SoHo from the very beginning, but finding the perfect space was a process because townhouse opportunities are extremely limited in this highly sought-after market,” said Watson. “[F.P. Journe] was looking for their maison, their forever home, and we are confident that 53 Mercer checks all of the boxes.”