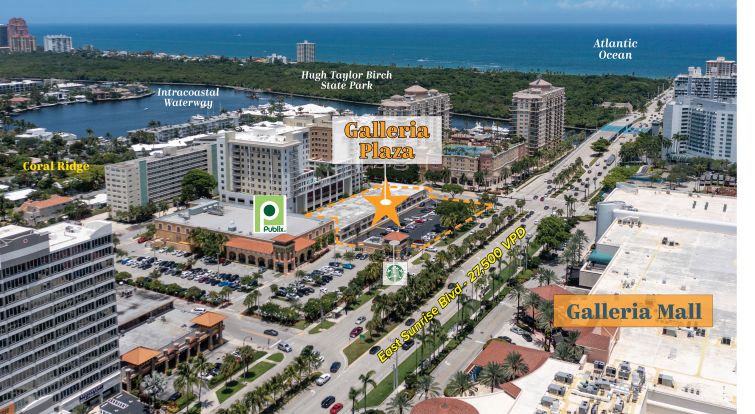 Esmail Shahid, a private investor based in California, purchased the Galleria Plaza, according to brokerage CBRE. In 2014, the Fort Lauderdale-based Stiles purchased the mall for a mere $2.4 million, per property records.

The one-story property, built in 1980, holds 11 stores with tenants that include GEICO, Primo Fine Wines and Downtown Bicycles. Located at 2571 E Sunrise Boulevard, the 24,807-square-foot building sits less than a mile from the ocean. It’s also situated across the street from the Galleria Mall, which boasts Apple, Sephora and Regus outposts.

The buyer secured a $9.5 million long-term fixed-rate loan from a life insurance company, Paul Ahmed of CBRE, who brokered the deal, told Commercial Observer. He declined to disclose the name of the lender.

“Galleria Plaza is positioned to benefit from the significant residential growth only a couple of miles away in the downtown area,” Donnellan said in a statement.