Behind Northspyre’s 3.5X Growth During the Pandemic 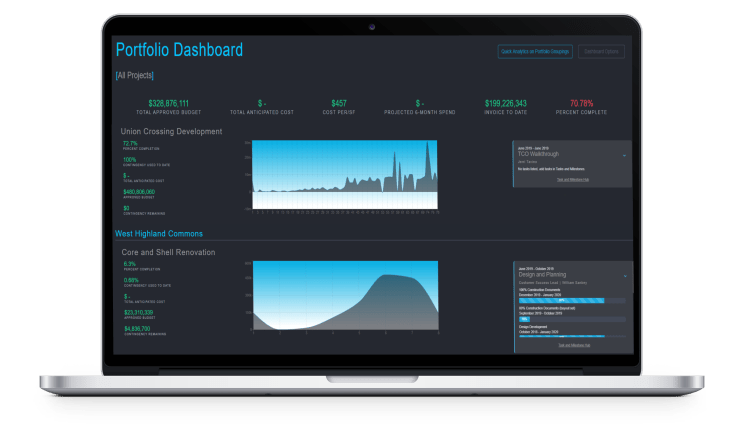 Spreadsheets may still be prevalent in real estate, but proptech startup Northspyre says its project delivery software is rapidly replacing such old tech, leading to the company’s 3.5X growth since 2020, with more than $30 billion in owner and developer capital projects now facilitated through its platform.

Northspyre’s rapid growth is due to a couple of COVID and post-COVID factors, said William Sankey, CEO of the cloud-based intelligence platform.

“Our idea was a purpose-built technology for real estate developers and real estate owners, not something that was built for general contractors or for property managers and accountants,” Sankey said. “A decision-making tool for real estate project leads and decision-makers — Northspyre is one of the first technologies like that starting to resonate.

“A lot of what happened during  the pandemic was that it accelerated these trends towards leveraging technologies like SaaS and automation, allowing teams to collaborate across distances,” Sankey added. “I think that has been no different for the real estate development industry. All of that has played into Northspyre experiencing the fastest growth that we’ve had, crossing that $30 billion of projects facilitated threshold.”

Founded in 2017, Northspyre employs 60 people, about one-third technologists, Sankey said. Roughly half its employees are in the United States.

In tackling complex capital project data management, Sankey points to what he calls Northspyre’s “little piece of magic. A two-step process of technology and human validation.”

Northspyre’s artificial intelligence (AI) and technologists are able to access clients’ emails to draw out the capital and project management data in real time, confirm its validity, and record how the end-user reacts to the information.

“It’s almost like a junior digital project assistant is watching,” Sankey said. “The system is watching your behavior and learning and getting smarter every time and so it’s really a powerful technology. You’re letting the robot do a lot of the legwork and analysis, and [it’s] serving it up to you proactively, raising the red flag when it sees problems. It’s a very smart, faster, more informed decision-maker.”

A venture-backed startup, Northspyre’s growth has come since its Series A raise of $7.5 million in May 2020. Among its backers are Craft Ventures and Tamarisc Ventures, as well as Jeff Fluhr, co-founder of StubHub, PayPal founding COO David O. Sacks, and a number of angel investors, Sankey said.

The startup started out servicing customers in the New York and Boston markets, but has since developed a national footprint, attracting the attention of developers overseeing projects in every major metro area in the country, including Atlanta, Chicago, Dallas and San Francisco. This year Northspyre expanded to 26 new high-growth markets, including San Diego, Charlotte and Phoenix.