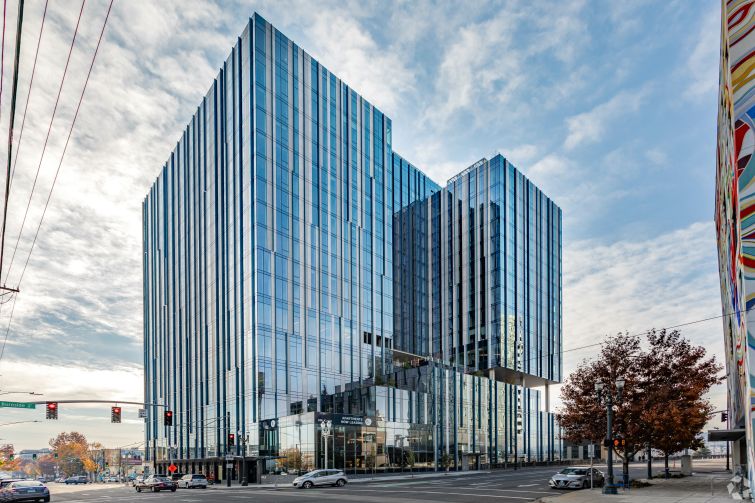 Los Angeles-based alternative lender Mesa West Capital has supplied $100 million in debt to a partnership between The Green Cities Company and American Realty Advisors (ARA) to refinance 5 MLK, a newly built residential mixed-use property in Portland, Ore., according to information from Mesa West.

The five-year, floating-rate and non-recourse loan took out existing construction debt that had been used to erect the development and will be utilized by the developers to lease up and stabilize the project.

“[Portland’s] Close-In Eastside neighborhood has experienced substantial redevelopment activity in the last 10 years spurred in part by the investment in transportation infrastructure by the city of Portland,” Mesa West Director Joshua Westerberg, who led the origination team out of the firm’s San Francisco office, said in a statement. “This activity has resulted in a significant increase in the residential population along with a migration of commercial tenants to newly constructed and converted creative office buildings.”

Westerberg added that due to the property’s location, it “sits at the center of this activity and is well poised to capture both residential and commercial demand in greater Portland. [Green Cities] has an extensive history developing and operating some of the city’s most prominent buildings and we are confident in their ability to successfully capitalize on 5 MLK’s unique potential.”

The 17-story property was developed by Green Cities and it is located at 5 Southeast Martin Luther King Jr Boulevard, just across the Willamette River northeast of Downtown Portland.

The property includes 220 apartment units, which sit atop 118,000 square feet of office space and 14,000 square feet of ground-floor retail; the office and retail space are currently vacant. There is also an underground parking garage with enough spaces for 165 vehicles.

The project at 5 MLK features a mix of studios as well as one- and two-bedroom residences, which were delivered to market in late 2020, according to Mesa West. The rest of the residential space is headlined by about 30,000 square feet of shared amenities, including a few indoor lounges that are located on the sixth and 17th floors, a fitness center with yoga studios and shower areas, a conference center and private work spaces, an outdoor swimming pool and deck, an outdoor bar with lounge areas that have fire pits and barbecue stations, and a dog washing area.

Representatives for ARA and for Green Cities did not immediately respond to requests for comment.