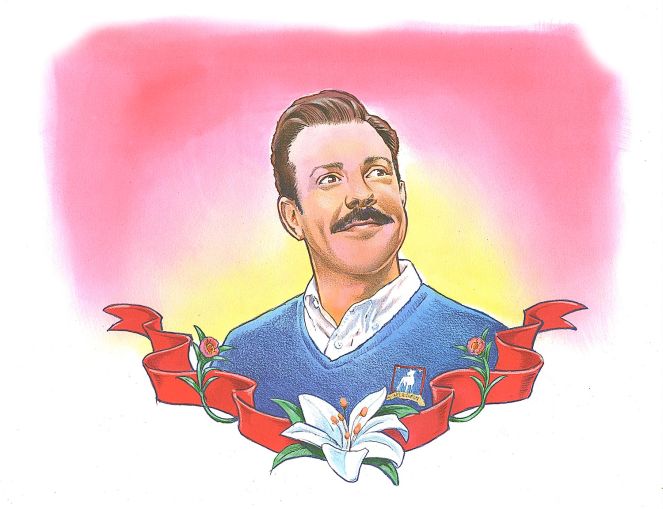 We all needed a hero these past 20 months.

Few could have predicted that that hero would be Ted Lasso, the small-town American football coach from Kansas who was hired as a professional soccer team coach in Richmond, England — despite having zero experience in the field, so to speak.

It turns out that even the toughest titans of our industry, the gatekeepers of billions of dollars and the defenders of the capital stack, needed a reason to laugh, a reason to cry happy tears and maybe a reminder not to dwell on life’s troubling moments for more than 10 seconds. (As Lasso advises his team after a loss: “Be a goldfish.”)

The Apple TV+ series “Ted Lasso,” starring Jason Sudeikis in the title role was the landslide winner not only at the 2021 Emmys, but also when we polled our lenders on which show they’ve been tuning into.  To be honest, we kinda understand why.

Not only is Ted Lasso comfort food in television format — KKR’s Julia Butler called the show “hot chocolate on a cold, rainy day”— it also reminds us of the importance of humanity, of humor, of kindness and of team spirit.

During a period that tested us all to our limits — and, to be frank, scared the heck out of us at times, “Ted Lasso” was perhaps the unwavering source of warm and fuzzy positivity we all needed. And, dare we say, there are a few Lasso-isms that can easily be applied in our lenders’ day-to-day jobs, long after COVID is a distant memory…

Deal going south? “There are two buttons I never like to hit, alright? And that’s ‘panic’ and ‘snooze.’”

Lost a deal to a competitor? “You beating yourself up is like Woody Allen playing the clarinet: I don’t wanna hear it.”

Need a comeback for an outspoken troublemaker in negotiations? “I gotta say, man, sometimes you remind me of my grandma with the channel hopper. You just push all the wrong buttons.”

Bagged a deal lending on an industrial portfolio anchored by Amazon with Blackstone as sponsor? “I feel like we fell out of a lucky tree, hit every branch on the way down, ended up in a pool full of cash and Sour Patch Kids.”

Need an extra push to win a deal over a pesky competitor? “If God wanted games to end in a tie, she wouldn’t have invented numbers, alright?”

Bottom line, take it from Ted and try to see the best in every situation, even a global pandemic, because there’s always hope. “I don’t believe it’s the hope that kills you,” Lasso said. “I think it’s the lack of hope that comes and gets you. I believe in hope and I believe in belief.”