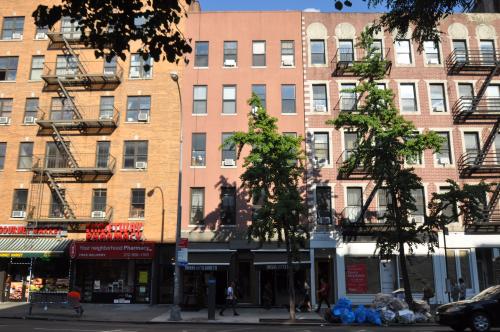 The Farrier, a cafe and cocktail bar, will be opening at SPI Maui’s 644 10th Avenue, Commercial Observer has learned.

The establishment signed a 10-year lease for 1,100 square feet on the ground floor of the building, along with a full basement. The asking rent is approximately $12,000 per month, though the move-in timeline is unclear.

It is two blocks from Hold Fast a restaurant and bar at 364 West 46th Street between Eighth and Ninth avenues, which one of the restaurateurs at The Farrier also has a stake in.

The Farrier will take the kitchen formerly belonging to Dianne & Elisabeth, a now-closed wine bar and farm-to-table eatery. The area includes a variety of additional restaurants, like Mémé Mediterranean, West Side Steakhouse and Añejo Tequileria.

“We had the pleasure of working with the Hold Fast team in bringing this transaction to a successful close,” said Gavios Realty Group’s Olivia Hwang, who brokered the deal for both the tenant and the landlord, alongside Gavios Realty Group’s Aaron Gavios. “Having their first location only two avenues away, they come prepared with a large and loyal customer base of whom all share the love of the arts and culture of Hell’s Kitchen. We believe it is important for the next tenant to have a grasp on the heartbeat of the neighborhood and expertise in operating a thriving restaurant bar.”

Correction: In an earlier version of this story CO misidentified Hold Fast as the new tenant and said the restaurant was moving to 644 10th Avenue, but The Farrier is a separate establishment and Hold Fast is staying in place.