How to Power the Construction Boom With Solar Power 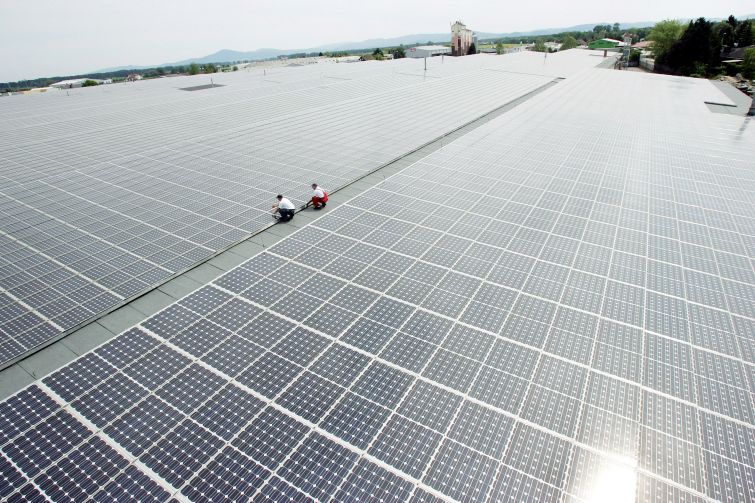 As real estate developers are ramping up large projects amid an echoing construction boom, many states are putting solar-ready legislation into place. The California Energy Commission voted in September to mandate new commercial structures be solar-ready, and builders of single-family units will soon be required to make space for battery storage as well.

California joins New Jersey, where legislation would require warehouses and buildings over 100,000 square feet to feature solar-ready roofs. Maryland is considering similar legislation, and many other states have at least one bill in deliberation that offers inducements or tax benefits to buildings that consider using solar power.

By keeping some straightforward solar-ready tips in mind, real estate developers can save big on future solar installations while getting the most production out of their system and avoiding delays. Here are the tips:

The right amount of structural support: New buildings usually meet minimum code requirements to bear the weight of snow, but often do not leave reserves for additional weight like solar. Some facilities like cold storage can use up their load limits by hanging chillers and piping on the underside of the roof. For a new building to be solar-ready, it should have enough roof structure support capacity for solar panels and equipment.

Proper roofing material: To be solar ready, builders should consider using membrane roofs, which are typically lighter weight than built-up roofing like rock or stone. Another consideration that adds little or no cost would be to use a white membrane or coatings to reflect sunlight. This can increase the output of solar systems that use bi-facial panels (solar panels that utilize the underside of the panels to capture sunlight reflection off the roof), which are becoming increasingly mainstream.

Minimize clutter: Air handlers, chillers, exhaust systems, skylights, vents, rooftop piping, ductwork, rooftop units and other features can take up space, cause shading and require access and setbacks. When possible, position necessary equipment on one side of the roof or in one section, preferably on the north side and keep the southern section free.

Avoid unnecessary shading: Consider the shading effects of architectural features. To make a building solar-ready, avoid placing trees and other landscaping directly south (and east and west) of the building if it will potentially cause shade. Create a buffer of roughly 30 feet around the buildings with no trees taller than 20 to 30 feet when mature.

Build to your roof style: A common misconception is that solar only works for flat roofs. For buildings with other roof styles, it is still possible to install solar, but some creativity might be required. Standing seam roofs are attached with clips, while shingle roofs require penetrations.  The tilt angle and southern orientation have a significant effect on the solar production and installation method, so consult a solar professional for guidance.

Consider battery location: “Solar plus storage” is becoming an increasingly popular option for building owners to store energy generated by solar panels. Commercial scale batteries can take up considerable space, and, to comply with fire codes, would typically not be placed on the roof.

General orientation and layout: Place solar generation systems on an east-west axis with the panels facing due south. While many factors influence the orientation and design of facilities, builders should create square, contiguous roofs and parking areas, orienting one side facing south. Consider where the utility meters and interconnection points will be relative to the panels and the electrical room — a convenient location is easiest to choose in the building design stage.

Building solar ready has minimal impact in the design stage for a new building, but it can make a substantial difference for future solar projects. This is a smart approach to new construction regardless of new mandates, and it will continue to increase in focus as states launch ambitious clean energy initiatives and legislatures take up solar-ready bills. Architects, construction firms, engineers and developers should consider these simple ways to keep costs under control while supporting the sustainable energy future.