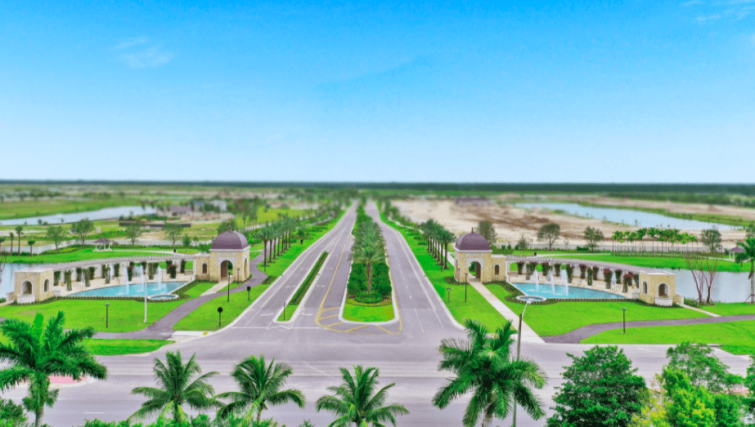 Centaur Group is planning to build 218 luxury single-family homes, ranging from 4,000 to more than 7,500 square feet in size, around a golf course designed by sport legend Jack Niclaus, all part of a development called Panther.

Centaur’s project is just one project inside Avenir, a master-planned site in South Florida, located in the northwest corner of Palm Beach County along Northlake Boulevard.

In 2012, the seller — Avenir Holdings, managed by David Serviansky — purchased a 4,700-acre site for $20 million, per records, with plans to transform it into a mega-residential community.

The Coral Gables-based Landstar Development Group, a company affiliated with Serviansky, has been setting the site’s master infrastructure by placing the paving, drainage and sewage, before selling to home builders such as Centaur, as well as Toll Brothers and Kenco Communities. Earlier this year, Serviansky sold 445 acres to Landstar for $69.4 million.

At the Panther development, construction of the infrastructure has already commenced, according to Centaur, and home sales are projected to start by the first quarter of 2022.

“This land parcel represents what is probably the last remaining opportunity to develop a luxury golf course community in Northern Palm Beach County, one of the nation’s strongest residential real estate markets,” said Dominik Senn, Centaur’s founder, who also happens to be a sports agent and former Alpine ski racer.

Centaur is bucking the trend of developers gobbling up failed golf courses to construct housing. Just this week, North American Development Group (NADG) obtained a $95.7 million loan to build 252 homes over the Mizner Trail Golf Club, which closed in 2005.