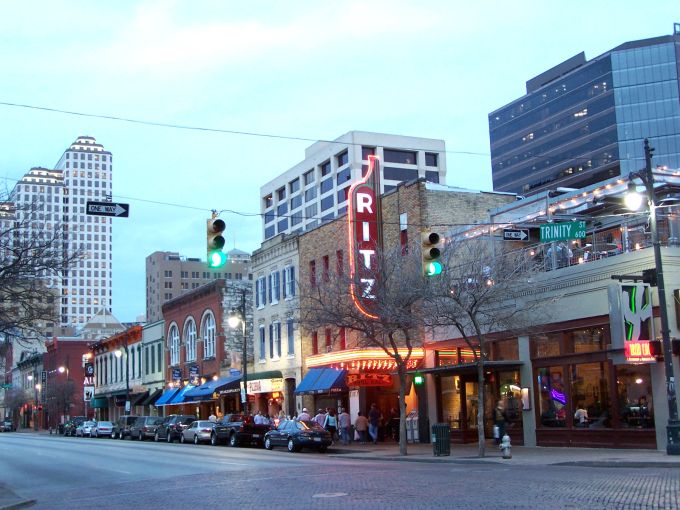 A street in Austin, Texas. The Texas state capital is where three of the properties in this BREIT portfolio are located. Photo: Wikicommons

Blackstone Real Estate Income Trust (BREIT) and multifamily investor and operator Cortland have nabbed $1.2 billion in debt to recapitalize a portfolio of 17 suburban multifamily properties, according to a ratings agency analysis of the deal.

The two-year, interest-only and floating-rate commercial mortgage-backed securities (CMBS) loan was co-originated by Goldman Sachs, Bank of America and Société Générale, and it is expected to close Dec. 15, according to data from S&P Global Ratings.

Bank of America officials declined to comment. Representatives for Goldman Sachs and Société Générale did not respond to an inquiry prior to publication.

The borrowing partnership’s fee simple interests in the 6,410-unit portfolio collateralized the loan. Built between 1984 and 2017, the garden-style and mid-rise rental properties are located in 10 markets across seven states, per S&P. Four are in Texas; there are three each in Georgia and North Carolina; there are two each in Arizona, Florida and Ohio; and Colorado is home to one.

BREIT purchased a 98 percent, controlling ownership stake in the 17 properties between May and October for an aggregate price of about $1.6 billion, according to data from S&P.

Sixteen of the 17 properties have gone through renovations sometime between 2012 and March 2021. Almost $163 million has been spent on the renovation work over that period. The assets have typical amenities one would find at suburban rental properties, such as high ceilings, central clubhouse buildings, fitness centers, swimming pools, and sports and recreational facilities — tennis courts and nature trails, for example.

The average monthly in-place rent per unit sat at almost $1,500 as of last month, and portfolio-wide occupancy was 95.4 percent, according to data from S&P.

BREIT and Cortland have indicated that rents in the four weeks leading up through Oct. 3 are up 27 percent for newly signed leases and 15 percent for renewals, compared to new rent rates that were captured in the previous four-week period that ended in early September, per S&P.

The borrowers told S&P that they believe the rents they’re charging, on average, are 17.3 percent below market rate, but the appraiser in the deal concluded the rents being charged are already “generally at market levels,” according to S&P.

The October occupancy figure of 95.4 percent is an improvement on previous year’s figures, as the collection of housing assets have exhibited strong performance over the last few years, per S&P. October occupancy was up from 90.6 percent in 2020, and 88.3 percent in 2019, and net operating income has grown almost 9 percent — to $64.7 million, from $59.5 million — in the previous 12 months that ended on Aug. 31.

Newmark’s Jordan Roeschlaub and Dustin Stolly, the co-heads and vice chairmen of the firm’s debt and equity structured finance group, were responsible for spearheading the arrangement of this CMBS financing. They declined to comment on the deal.

BREIT also declined to comment, and officials at Cortland could not be reached.