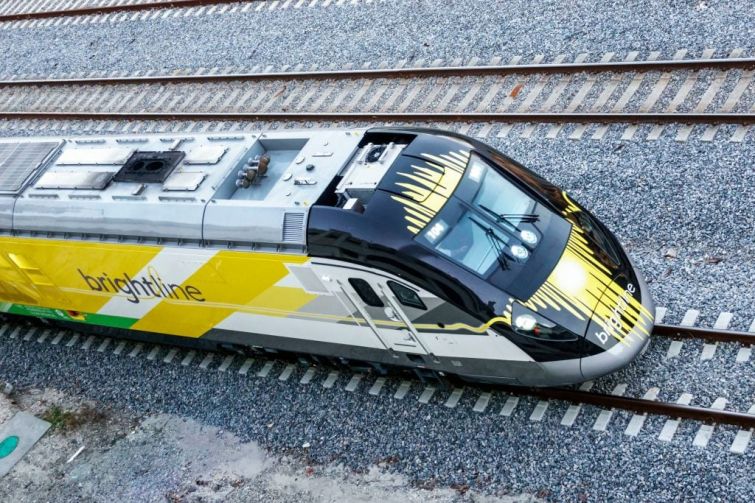 Brightline, the operator of sleek, often empty trains connecting South Florida’s three major downtowns, plans to resume service Monday. Its hopes of carrying millions of passengers a year remain as ambitious as ever.

SEE ALSO: Why Companies Should Consider the ‘Hubquarters’ Model

For its relaunch, Brightline is marketing free introductory rides and fares as low as $10. The train service also is adding a “mobility fleet” of electric vehicles to help riders get from Brightline’s stations to their final destinations.

Brightline’s original plan called for passengers to use Uber or Lyft to cover the last mile of their trips. But Brightline Trains President Patrick Goddard told Commercial Observer that the company wanted to offer a higher level of service.

“The experience is very inconsistent when you use rideshare,” Goddard said. “We wanted to control that experience from door to door.”

Known as Brightline+, the new service will offer trips — by golf cart, Tesla or van — within five miles of Brightline’s stations for $5 to $10.

Brightline’s restart renews old questions about the financial viability of the private rail service. Will tourists pile into Brightline’s trains to travel between South Florida and Orlando, once the station there opens? And will Floridians, many of them car owners living in far-flung suburbs, really ditch their vehicles to take trains, especially now that remote work has become so common?

South Florida’s civic boosters have embraced Brightline as a way to ease traffic congestion and connect a sprawling region. When economic developers from Miami-Dade, Broward and Palm Beach counties filed a joint application in Amazon’s HQ2 sweepstakes, they mentioned Brightline as a selling point.

In some ways, Brightline has hit all of its benchmarks. Its Disney-inspired marketing is slick and professional. Its trains and stations are shiny and new. The company raised $1.75 billion from bond investors to bankroll its expansion to Orlando.

However, early ridership results fell short of Brighltine’s own projections, and the company reported steep losses. Brightline began operating between West Palm Beach and Fort Lauderdale in January 2018. It launched service to downtown Miami in May 2018, and it ramped up to its full schedule of trips in August of that year.

In late 2017, Brightline projected its 2019 ridership in South Florida would top 2.3 million, while revenue would eclipse $112 million, according to documents issued to bond investors.

But the results fell far short of that. Brightline barely broke 1 million passengers in 2019, less than half the count it anticipated, and revenue was $22 million, less than a fifth of its projection, according to a report to investors. The average fare for the year was less than $17.

For 2019, the company reported a net loss excluding interest, taxes based on income, depreciation and amortization, of $123.4 million. (Brightline’s long pause meant it didn’t incur expenses for fuel, salaries and marketing over the past 18 months. Its 2020 net loss narrowed to $51.4 million.)

Brightline officials have betrayed no concern about the early numbers. The company says it’ll sell 9 million trips a year once all Florida stations are completed.

As for the early shortfalls in passenger counts, Goddard said, any new product needs time to change consumer habits. At any rate, he argued, Brightline is making a long-term investment.

Brightline points to South Florida’s rising population and gridlocked roads as trends that will nudge more passengers onto its trains.

“Congestion is going to increase along the north-south highways,” Goddard said. “Leisure demand is going to continue to grow. People are going to need alternate modes of transportation.”

Brightline has tweaked its original plan of stopping in just three South Florida cities, Miami, Fort Lauderdale and West Palm Beach, on the way to Orlando. In a bid to boost ridership, it’s building new stations in Aventura and Boca Raton. They’re set to open in 2022, as is the station at Orlando’s airport.

Brightline is owned by an affiliate of Fortress Investment Group, a global investment management firm. Wes Edens is the billionaire businessman who has championed the Brightline concept for years.

In addition to lower-than-projected ridership, Brightline has encountered other challenges. It pulled the plug on an initial public offering of stock just before shares were to be listed in 2019.

The company for a time renamed itself Virgin Trains, a nod to its brief partnership with Richard Branson’s Virgin Group. However, that partnership dissolved, and Brightline dropped the Virgin name.

Meanwhile, more than 40 people have died after being struck by Brightline’s trains. Many were ruled suicides, and some of the deaths were attributed to motorists and cyclists ignoring crossing arms. None of the fatalities were blamed on safety lapses by Brightline.

The railroad embarked on a public safety campaign to stress the dangers posed by its trains, which reach speeds of 79 mph in South Florida. And Brightline has been adding fences and signs and is experimenting with a safety program using drones and artificial intelligence, Goddard said.

“If someone’s really determined to kill themselves, it can be very hard to prevent that, but we’re going to do our best to make sure tragedies don’t happen on our tracks,” he said.

Even during Brightline’s pause in service, real estate development at its stations continued. Two office towers adjacent to the Miami station — 2 and 3 MiamiCentral —  sold in 2020 for $230 million. 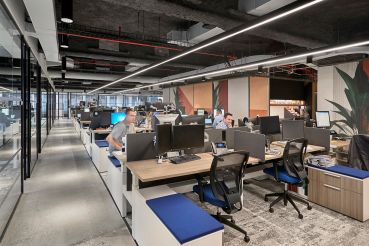