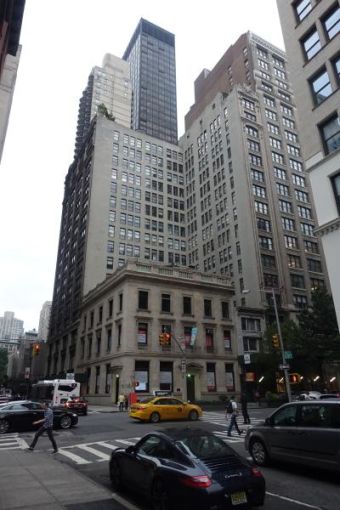 The 10-year lease puts Zwicker on the entire ninth floor of the building between East 25th and East 26th streets, said Savills’ Marc Shapses, part of the team who handled the deal for Zwicker. Asking rent was $45 per square foot.

“It’s a great neighborhood,” Shapses told CO. “This was right next door to where they were … and we ended up finding a great space for them.”

Zwicker formerly held 22,500 square feet on the entire fourth floor of 360 Park, CO reported. The firm relocated in July to the new, smaller space which, with some minor modifications, was ready for the electric company to move in right away, said Shapses.

“The ninth floor fit their needs, fully equipped with furniture which made the process as seamless as possible,” Lee & Associates NYC’s Richard Plehn, who helped broker the deal for the landlord, said in a statement. “Zwicker works alongside the City’s leading developers and major builders and has completed work in some of the most prestigious addresses in New York, and we’re confident that this new office will exceed their expectations.”

The 185,000-square-foot building was built in 1913 and is owned by 352 Park Avenue South Associates, a company tied to the Carlisle Construction Corporation, according to property records and PropertyShark.

Lee NYC’s Plehn, Woody King and Alan Friedman represented the landlord in the transaction. Savills’ Shapses and Roi Shleifer handled it for Zwicker, along with former Savills Associate Director Seth Wasserman, now of IBM, according to LinkedIn.