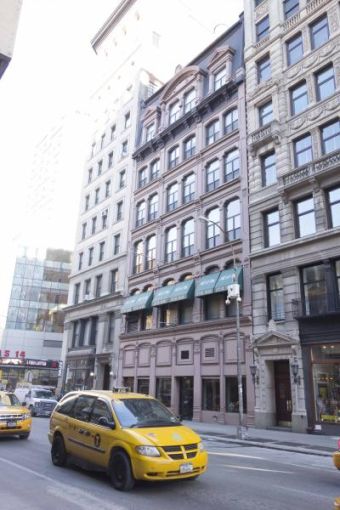 Newmark is brokering the sale of 836-838 Broadway with an investment team led by Brett Siegel and Evan Layne. Newmark debt and structured finance brokers Dustin Stolly, Jordan Roeschlaub and Daniel Fromm are procuring the acquisition financing for the sale, which is expected to close within the next 45 days, per offering memorandum documents.

Newmark declined to comment on the upcoming sale. ZG Capital Partners did not immediately respond to a request for comment.

Manhattan-based ZG Capital is an affiliate of The Zar Group led by Bobby Zar and James Tamborlane. The firm also acquired nearby 654 Broadway for $10 million and refinanced 1450 Broadway near Times Square for $250 million backed by Bank of Montreal in August.

The landmarked building, which is owned by 836 Broadway Associates, comprises six stories and 81,000 square feet of boutique offices and is located one block south of Union Square. NYU previously occupied the upper floors of the property — with offices housing its development, alumni relations and School of Professional Studies staff — while the ground floor is leased to Hyde Park Antiques.

The building will soon undergo renovations and upgrades by ZG Capital in an effort to make the property attractive to prospective tenants, according to the offering memorandum.