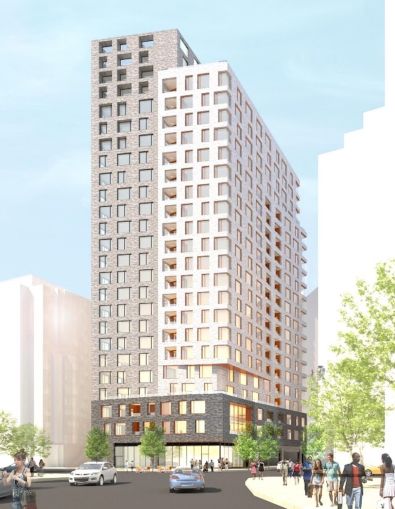 The financing came from Bank of America with preferred equity provided by FCP, according to WPC. No other loan terms were revealed.

WPC closed on the site earlier this year. It was formerly the site of French bakery and café La Madeleine.

Called the Solaire 7607 Old Georgetown, the 22-story highrise  will be comprised of 198 apartments, 30 of which will be designated MPDUs (moderately priced dwelling units). It will also include 1,500 square feet of retail space, four levels of underground parking and access to a new bike-sharing station.

The Solaire-branded complex, located at 7607 Old Georgetown Road, is slated for delivery in 2023.

“Between its superior location, spacious accommodations and amenities that function for both work and play, combined with its high-quality architecture and sophisticated interior design, Solaire 7607 Old Georgetown will provide an elevated living experience,” Bobby Akines, WPC’s vice president of development, told Commercial Observer.

The property is close to the Bethesda Metro station and a short walk from the heart of Bethesda’s retail, entertainment and restaurant scene, which includes an Apple store and the new Spanish Diner by noted chef José Andrés.

According to Akines, public space improvements will include enhanced streetscaping along Old Georgetown Road and Commerce Lane, along with a new pedestrian connection to the adjacent Bethesda Place plaza.

Washington, D.C.’s Shalom Baranes Associates is serving as the architect and interior designer on the project.