The Ground Lease as a Financing Tool Advances Beyond New York 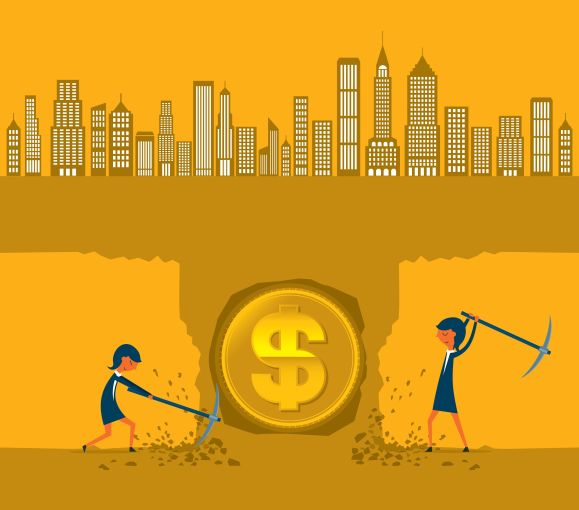 The ground lease as a financing tool has start to move beyond New York City, and into assets aside from office. Illustration: Getty Images

Their buildings can’t just float in the ether, though. They have to put them somewhere. In other words — land.

Land holding is typically a lower-risk, lower-return play than the property leasing business, though. And that means that when a developer goes out to raise capital for a project, that money is going toward what are essentially two different investments: a more volatile but higher-yielding building development and operation component, and the steadier but lower-yielding land part of the deal.

Wouldn’t it be nice if you could untangle the two?

That’s the idea behind what has become known in some circles as “Ground Lease 2.0,” a twist on the traditional ground lease that companies like Safehold and Haven Capital are trying to position as a conventional financing tool for commercial real estate.

In a ground lease deal, the developer doesn’t buy the land, but rather leases it from the landowner, typically for a period of 99 years. At the end of the lease, whatever improvements the developer has made to the land become the property of the landowner. Traditionally, ground leases have been a way for landowners — often families or institutions — to make money off their land without having to sell it, while for developers they reduced the capital needed to build their project.

Ground leases have gotten a bad reputation, though, due to rent reset provisions that in some cases have made leases too expensive for the building owner to carry. Take, for instance, famed Park Avenue office building Lever House, where last year RFR Holding was forced to sell its interest due to a ground lease reset scheduled in January 2024 that was projected to take the annual rent to an estimated $20 million-plus from $6.2 million.

RFR finds itself in a similar situation at the Chrysler Building, where the ground lease rent (paid to Cooper Union) jumped to $32.5 million in 2018 from $7.5 million, and will rise to $41 million in 2028.

“Ground leases have always been a good investment for landowners,” said Jay Sugarman, chairman and CEO of Safehold. “But they had some significant limitations [for developers]. They were typically only in one market. They were private. They were often complicated, bespoke, one-off structures.”

Founded by real estate finance firm iStar and launched in 2017 as a publicly traded real estate investment trust, Safehold aims to broaden the appeal of ground leases by standardizing them and offering them as a form of financing that lets developers improve their returns by reducing the capital they need to spend on the lower-yielding land portion of their project.

As part of that effort, the company is pushing the ground lease model beyond its traditional roots in the New York City real estate market into a broader range of geographies. It currently holds $3.6 billion in ground leases in more than two dozen markets across the U.S., with 41 percent of its holdings in the Northeast and 22 percent in the West Coast and Mountain states.

It’s also moving beyond the office segment, where ground leasing has traditionally been concentrated, and into a range of asset types.

“Office and multifamily are the two biggest [areas of investment], and multifamily is the fastest-growing,” Sugarman said, adding that the company was interested in hospitality as well.

“We pretty much do all product types, but what we are really looking for is well-located urban land,” he said.

Joseph Shanley, head of acquisitions at Haven Capital, a joint venture by Ares Management and Regis Group that launched last year to target the ground-lease space, said that office and multifamily comprised much of his company’s business thus far, with multifamily, in particular, leading the way.

“The vast majority of what we have seen to date has been multifamily,” he said. “I would say that the office market has loosened and we are now seeing a lot more deals in that space.”

Haven set out last year with $1 billion in capital, a “meaningful portion” of which Shanley said the company will have deployed by the end of 2021.

“We’re seeing a ton of multifamily in the Southeast, a ton of office throughout the Northeast and California, the West Coast, and Chicago in both the [central business district] and suburbs,” Shanley said. “We’re seeing a lot of student housing in the Midwest and Texas. I think anywhere you have institutional investors, smart people engineering yields and returns, this product makes a lot of sense.”

“I see [ground leases] now spreading to what I call secondary cities that are still growing like Austin and Nashville,” said Marco Caffuzzi, a partner with law firm Skadden, Arps, Slate, Meagher & Flom who has represented Safehold in ground-lease deals. “In my mind, the ground lease structure is following the heightened real estate activity in those cities.”

Caffuzzi said that in his experience, the main appeal for developers of the ground leases offered by firms like Safehold and Haven is the extra leverage it lets them take on.

“Safehold has a very low cost of funds because of their public nature and credit rating and they are able to pass that on to their customers,” he said. “But we have also been in an environment where we have nationally low interest rates and banks can compete.”

“In my mind, the difference is the amount of borrowed proceeds a developer can avail themselves of,” he added, noting that while a traditional bank loan may finance 60 percent to 65 percent of a project, a ground lease may let a developer push the leverage on a project to 80 percent or more.

Shanley said the ability to increase leverage has proved an enticing prospect given the current low yields on asset classes like multifamily.

He cited “well-located malls” as a property type where ground leasing might make sense.

Hotels were until recently another good candidate for ground leases, but the return of traditional sources of capital to the space has made that prospect less appealing, Corridan said.

“This was, like, the obvious tool for hotels, like, six months ago,” he said, but since then the space has gone “from a value story to a growth story, and traditional financing has come back.”

One consideration for companies like Safehold as they target new geographies with their ground leases is ensuring they will still want the property built atop their land at the end of the 99-year lease. It’s easy enough to predict that an office tower in Midtown Manhattan will remain desirable a century hence. The same can’t necessarily be said of, say, an office park in suburban Atlanta.

“There are deals for types of buildings and [buildings] in geographic locations that may provide them with a good rent stream, but the residual value at the end of the lease is not something that would be attractive,” Caffuzzi said. “And so they wouldn’t be interested in doing it.”

That’s how Sugarman sees it, too.

“Our top focus is to build a diversified portfolio with well-located land in top markets supported by strong demographics and high-density, in-place economic activity and demand generators, inherent supply constraints, and transit-oriented sites,” he said. “History has shown these are the locations that the real estate community continually upgrades and improves upon to find their highest and best use over time, and that ultimately drives our investment decisions.”

In addition to expanding the geographies and asset classes it works in, Safehold is also moving into different parts of a development’s life cycle, Sugarman said.

The company recently launched Ground Lease Plus, which targets the earliest part of the development process with iStar, which remains Safehold’s largest investor, funding pre-development ground leases and Safehold committing to acquire those ground leases at set prices once a project has hit certain milestones.

“When someone buys in one of these urban locations and has to go through a process before they can start building, we can [through Ground Lease Plus] provide a ground lease… that is in our mind one of the most efficient and lowest-cost forms of capital that developers are able to access,” Sugarman said.

In the second quarter of this year, iStar closed on two preconstruction ground leases in Austin that Safehold will buy once the sites are construction-ready as well as an option on a ground lease in the Seattle area. During the firm’s second-quarter earnings call, Sugarman said those sites could represent between $300 million and $500 million in ground leases.

Caffuzzi said he expected that growing familiarity among sponsors and lenders with ground leasing as a financing tool would expand the market for the approach.

“You have to first sell your product to the sponsors and convince them that they are going to be able to get a loan with the ground-lease structure,” he said. “The more volume we do in more geographic areas, the more credibility we have to tell people, ‘Sure, we’ve done deals in Seattle or San Jose or wherever, and we can identify lenders who had no problem with it.’ We’re building up a network of successful transactions.”