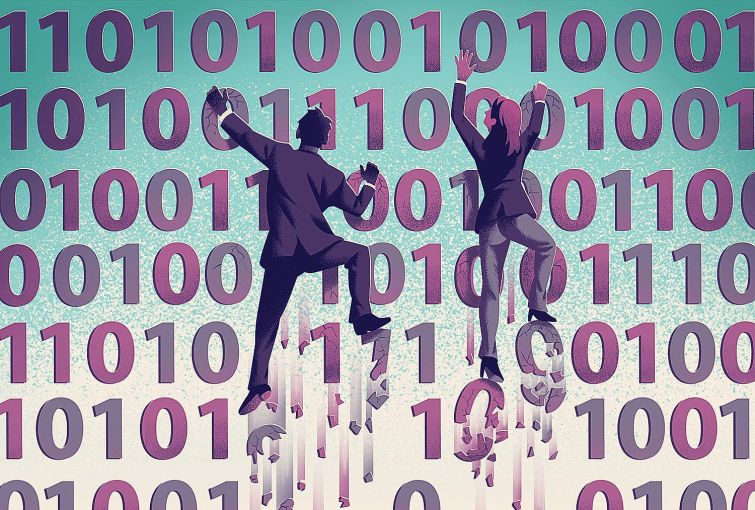 At around 11:40 a.m. Eastern time on Monday, Oct. 4, Facebook and everything it operates online, including Instagram and WhatsApp, crashed. That meant that users not only could not access the sites but couldn’t log in to any number of other apps and services using their accounts on the sites.

The company blamed “configuration changes on the backbone routers that coordinate network traffic between our data centers.” Whatever the cause, the nearly seven-hour outage served as a stark reminder of why, for all its billions of users, the social media giant is something of a scary canary in the coal mine for an increasingly tech-reliant world.

Even for those who had already found it fashionable and quite rational to hate Facebook years ago, the 34th-ranked U.S. company on the Fortune 500 may still have provided an important reminder of the negatives associated with tech-dependency, especially in the built world.

More particularly, the “what if it happens here?” feeling is not unknown to a real estate world whose underpinnings are more than ever dependent on proptech.

“The use of data and technology in buildings is overwhelmingly positive, but its use is accompanied by numerous digital building risks,” said Dan Hughes, who leads Alpha Property Insight, a London-based proptech consultancy. “Owners, managers and occupiers are often not taking anywhere near enough notice of these. It can be a big and complex topic to address, but the single worst thing that anyone can do is ignore the subject.”

Technology in the workplace and in general is changing so rapidly that building information technology (IT) infrastructure is struggling to keep up, said Sanjaya Ranasinghe, global technical director at WiredScore, which rates buildings’ digital infrastructure.

“The issue is you can’t just take your corporate IT cybersecurity, processes and procedures and apply it straight on to operational technology,” Ranasinghe said. “To build it, you have to take a more nuanced approach and we’re seeing the industry move in that area.”

Calling Facebook’s recent outage a “100-year incident,” Ranasinghe added that a key issue landlords and tenants face is balancing technological risk management with efficiency. That can mean risking a huge tech crash such as Facebook’s rather than enduring the everyday annoyance stemming from building technology that is too slow and inefficient, if highly stable.

“I’ve yet to find a technology that can turn a light on better than a physical switch,” Ranasinghe said. “There’s lots of other great stuff you can do with lights, but, ultimately, as a user, I want the light to come on when I press the switch,” rather than being so slow that in some internet-operated lighting systems, “you press the button, but it takes so long to react that you press it again and it turns [the light] off.”

So how do landlords and tenants balance this risk management equation?

“A lot of technology companies now keep their technology stack for facilities management separate from their core internal-facing and customer-facing infrastructure for this reason,” said Zach Aarons, co-founder of venture capital firm MetaProp. “There are benefits to that redundancy, but also issues with two separate systems that need to talk to each other.”

“It’s a different set of risk management,” Ranasinghe said. “[Landlords and tenants] have to take on implementing solutions to make sure who can or can’t access services, compared to which users can or can’t access the building. It’s making sure you’ve got that same mindset of business planning through the systems, but taking the specific technical differences between the IT corporate network and OT from the smart-building perspective.

Alpha Property’s Hughes sees more and more examples of buildings failing in some form technologically in the years to come. He advises owners and tenants to focus on dealing with these complex issues now.

“Simply asking what-if questions and then identifying what can be done about them is a really important, easy and inexpensive starting point,” Hughes said. “What if the technology fails and we can’t open the doors, what if there is a data breach, what if our building is hacked and held to ransom, what if the data that we rely on is gamed?

“There are some simple principles for all companies to follow when it comes to the adoption of technology in buildings: Identify why you are using it and ask yourself if its use is genuinely beneficial and proportionate. If so, make sure you consider what happens if it goes wrong and how you communicate to stakeholders what you are using and why.

While managing digital risk is clearly a here-and-now task for commercial real estate owners and operators, such assessments bring with them new and ongoing challenges as to what defines connectivity success — wherever work is conducted.

“I think a key thing to look at now is that we went from a place where we’ve been wowed by bigger and faster technology — ‘I want faster internet!’ —  but now we’re getting to a position where people actually want stuff that’s useful for them,” Ranasinghe said. “For example, we’ve done a lot of work looking at people working from home. We went in with this hypothesis that everyone wanted faster internet. Actually, everyone wants more reliable internet.