New York Multifamily Damage in the ‘Billions’ From Historic Flooding 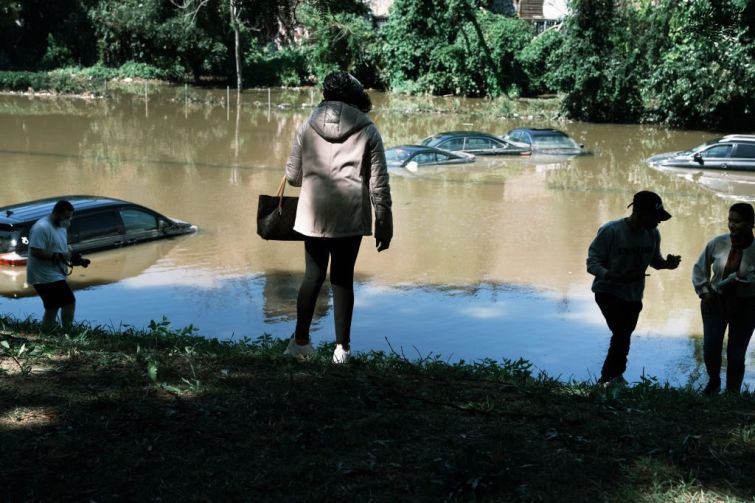 The Major Deegan Expressway in the Bronx was flooded. Photo: Spencer Platt/Getty Images 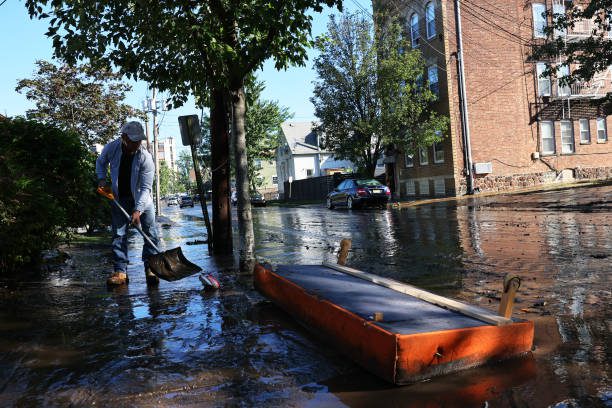 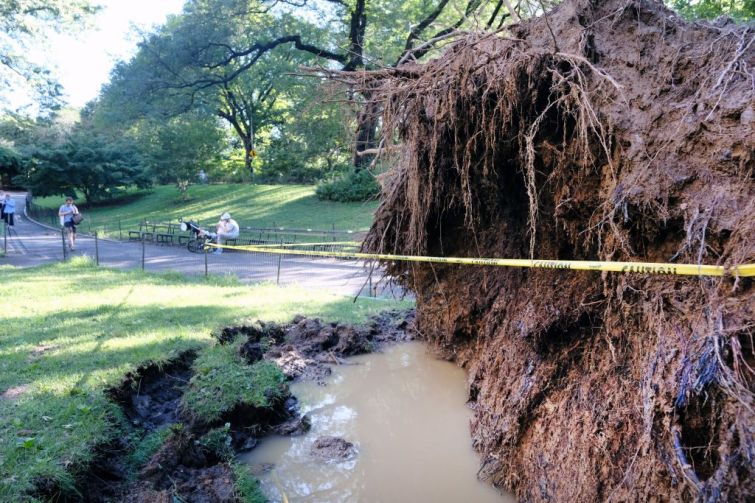 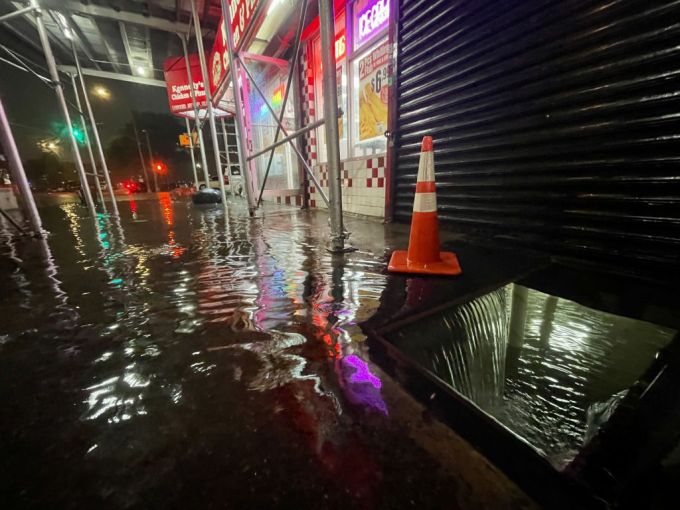 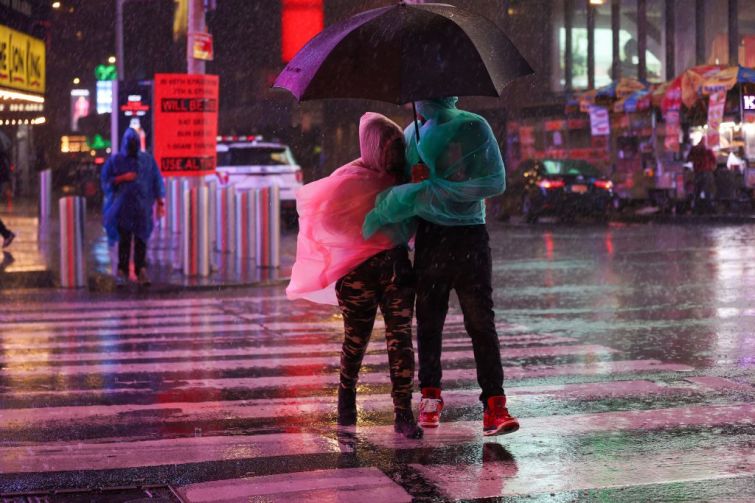 People walking on the streets of Times Square during the storm. Photo: Tayfun Coskun/Anadolu Agency via Getty Images
Previous Next

The remnants of Hurricane Ida blew through New York City, resulting in a citywide rampage that left billions of dollars in damage, 16 people dead and the future of the tri-state area’s infrastructure uncertain.

All five boroughs bore the brunt of the storm. Queens’ Astoria neighborhood saw damage to its retail strip, with the roof of Broadway Street’s The Strand Smokehouse completely concaving. Meanwhile, waterfront properties in Brooklyn faced flooding to extreme degrees, while basements across the city were widely damaged.

“We saw frightening images of people trapped in flooding subway stations, on streets and highways and on buses in every corner of this city,”  Carlo Scissura, president and CEO of the New York Building Congress, said in a statement. He urged the U.S. House of Representatives to pass a $1 trillion infrastructure package sooner rather than later.

The cost of such damages could indeed extend well into the billions, according to a tweet from Jay Martin, executive director of the Community Housing Improvement Program. He pointed to roof damage, buildings leaking, and boiler destruction as just a few of the flooding’s casualties in need of immediate replacement and repair.

As for the impact on New York City residents, at least 16 people were killed in the northeast tropical storm, with nine in New York City, many of whom lived in basement apartments, according to New York City Police Department Commissioner Dermot Shea. The basements couldn’t endure rising flood levels and trapped residents inside.

Even in the storm’s wake, the byproducts of basement flooding continue to pose safety risks for those still in their homes. With the surge of the highly contagious delta variant of the coronavirus, air quality remains a widespread health priority, and flooded rooms have the potential to further respiratory issues.

“People’s basements flood, and unless they’re very careful with the cleanup, it just becomes a mold circumstance further exacerbating health issues,” said Timothy King, a commercial real estate broker at ​​SVN CPEX Real Estate. “Air quality is important and, sadly, there are too many people in the five boroughs who are living in substandard housing.”

He urged the city to focus on preventative measures, pointing to New York’s neglected drainage systems as easy solutions for mitigating future floods. As catch basins are often full of debris, they are unable to effectively drain incoming inundations.

“We need to have the rains clear so that the water can run off,” King said.

Yet, as climate change continues to impact weather systems across the world, storms like Ida are slated to become more and more frequent. Reactionary responses are, therefore, crucial and designers must consider the best game plan moving forward, according to Ofer Cohen, founder of Brooklyn brokerage TerraCRG. Cohen believes that last night’s storm poses a question beyond what happened to what comes next.

“I think it just makes people think about how to make their buildings more resilient, how to think about extreme weather as another layer of things that they should do as they design and develop buildings in New York City,” he said.

This need to assess both current and under-construction buildings is crucial as hurricane season runs through Nov. 31. The next few months could see more storms hitting the East Coast, so to prepare for such storms, Cohen calls for changes in building codes and a reevaluation of design processes. At the core of such revisions is the need to accept that climate change is here — and is not going anywhere anytime soon.

“There’s a little bit more of a sense of urgency in accepting that climate change is affecting all of us in this business in the city in a meaningful way,” Cohen said. “At the end of the day, we need to accept where we are right now and where we’re going.”

Other industry experts have called for a change in policy to address erratic weather patterns.

“Last night’s unprecedented flooding was yet another reminder of why Congress must swiftly pass a federal infrastructure package and why the private sector and public sector at all levels of government must continue collaborating to address the ongoing damage and threat posed by climate change,” Real Estate Board of New York President James Whelan wrote in an email. “Prioritizing comprehensive investments in flood resiliency measures will play a critical role in protecting New York City’s millions of residents, their homes and the economy now and in the years to come.”

Frank Ricci, executive vice president of the Rent Stabilization Association, said that the storm emphasized the importance of cash reserves for the city.

“This just highlights the need for owners to be able to maintain large cash reserves in the event of a situation like we are all facing today,” he told CO in an email.

The unprecedented rain surge affected infrastructure across the city, including New York’s underground transit system. The subway systems shut down Wednesday night, and while some reopened Thursday morning, railway lines like Metro-North have urged commuters to avoid public transit for the time being, due to uprooted floorings, flooded stations and damaged infrastructure.

Multiple subway cars had to be rescued in the storm, according to the Metropolitan Transit Authority’s John “Janno” Lieber, who told CNN that riders on some 15 to 20 subway cars were in need of assistance. Yet, despite the flooding affecting the transit systems, MTA employees acted quickly and were able to overcome a great deal of damage to both trains and riders.

“The people at the MTA did a lot of really good and potentially life-saving work last night, from the train crews that evacuated people from stranded trains and stations, to the maintenance workers who put plywood and sandbags over vents and entrances where water usually gets into the subway,” the Riders Alliance’s Danny Pearlstein told CO.

He referenced the Dyckman Street A train as one of the city’s lowest-lying subway systems — but one that faced little damage from the storm, due to the MTA’s circumventive efforts to raise up vents and entrances with new concrete.

Such efforts from the MTA are of the utmost importance, as vulnerabilities to the subway could perpetuate further natural disasters, creating a feedback loop resulting from, and contributing to, climate change. The subway system, according to Pearlstein, is the city’s best hope for combating climate change.

“New Yorkers use on average one-third the fossil fuels of the average American,” he said. “If we don’t invest in our subway, if we allow our subway to be a victim of austerity as well as climate change, there will be two unnatural disasters — not just one.”

As such, he called for a shift toward resources and policy in favor of sustainability. After decades of belated maintenance, New York’s transit system must be prioritized.

Earlier this year, President Joe Biden announced lofty plans to address climate change. New York Gov. Kathy Hochul cited Biden’s goals at a press conference and stated that New York City will receive some of this allocated funding to recover from this storm and brace for the next one.