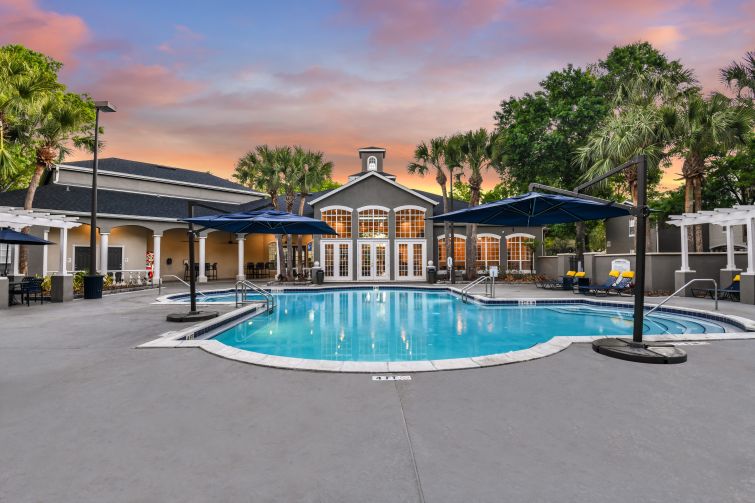 The pool area at The Summit at MetroWest. Photo: Newmark

Boston-based private equity firm Taurus Investment Holdings has nabbed $48.1 million from the Canadian Imperial Bank of Commerce (CIBC) to finance its purchase of The Summit at MetroWest, a 280-unit rental property in Orlando, Fla., Commercial Observer has learned.

The acquisition financing helped cover the $59.5 million that Taurus dropped on the garden-style asset at 6500 Metrowest Boulevard in southwest Orlando, right across the street from the Valencia College West Campus. Taurus bought the property from The Milestone Group.

Newmark’s Scott Ramey and Brad Downing represented the seller in negotiating the sale, while Chris Caison and Josh Davis, also of Newmark, arranged the $48.1 million loan from CIBC to complete the purchase.

A representative for CIBC confirmed that the lender had provided the financing but declined to comment further on the transaction.

“Summit at MetroWest is a prime example of the continued stability of the Orlando multifamily market, as the property maintained a robust occupancy and collection rate throughout all of COVID-19,” Ramey said. “Because of the historical strength of the property performance, as well as the significant amount of capital that ownership spent during their hold, the new owner will be able to focus on additional interior upgrades and further reposition the asset.”

Since 2015, The Milestone Group has deployed more than $4.5 million to renovate and improve the property, including upgrades to the unit interiors, according to Newmark. Taurus will now essentially be able to pick up the mantle of continuing the value-add work on the site and the handful of remaining units that haven’t yet been renovated.

“Orlando has been a strong multifamily market and Summit is ideally located to offer dynamic housing to all those moving into the booming Central Florida market,” Taurus CEO Peter Merrigan said. “Operating in Orlando for over two decades, this acquisition further demonstrates our commitment to offering high-quality housing while expanding our portfolio in the region.”

The Summit at MetroWest is a 20-year-old property that includes a mix of two- and three-story residential buildings, comprising one- to three-bedroom units that range in size from around 635 square feet to more than 1,180 square feet, according to listing information from Apartments.com. The community includes a clubhouse building; a swimming pool with a poolside, covered gazebo and charcoal grilling and picnic areas; a fitness center; a “tech lounge” with a coffee bar; a dog park; a children’s playground and a dedicated car wash space.

Monthly rents at the property range from nearly $1,400 for one-bedrooms to about $2,000 for three-bedrooms, according to Apartments.com listings. The property’s website does not currently openly advertise rates for its units.

Orlando has developed into a very robust rental market, with rent collection averaging more than 94 percent in the first few months of this year, according to a second-quarter report from Newmark on the U.S. multifamily capital markets space.

More broadly, second-quarter investment sales activity in the U.S. for multifamily assets ballooned by 238.1 percent, compared to the same time in 2020, just after the onset of the pandemic. There was nearly $53 billion in multifamily sales activity nationally in the second quarter, according to Newmark’s research.

As of the second quarter, there was also $234 billion in “dry powder” sitting on the sidelines, waiting to be utilized for commercial real estate investment, and residential assets are poised to benefit from the gobs of cash, per Newmark’s report. Through the second quarter of 2021, about $74.3 billion is earmarked for residential properties.