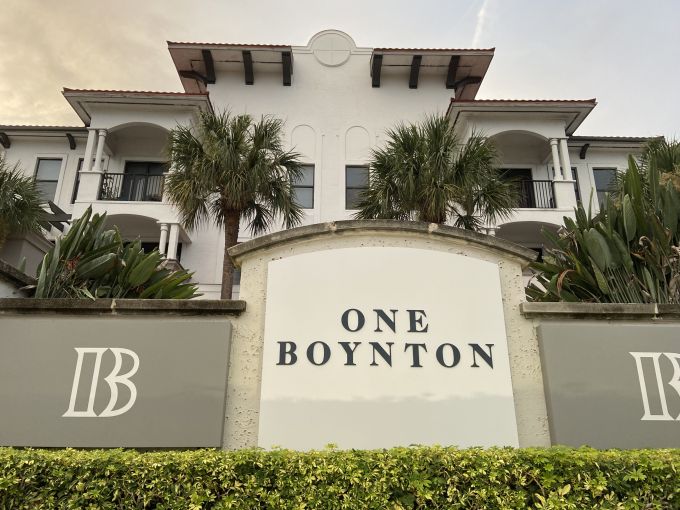 An affiliate of Blackstone Real Estate has paid $171 million for a 494-unit complex in Boynton Beach, Fla., according to a deed made public Thursday. The seller was an affiliate of RangeWater Real Estate of Atlanta.

The One Boynton complex, previously known as Las Ventanas, at 1351 South Federal Highway in Boynton Beach was built in 2009, according to property records. Rents range from $1,290 to $3,054 a month, according to Apartments.com.

The property last sold in 2016 for $109.4 million, according to Palm Beach County property records.

Blackstone didn’t immediately respond to an inquiry from Commercial Observer.

The real estate giant has been raising its profile in South Florida. In one example, the private equity company plans to open a 40,000-square-foot office in Downtown Miami. After signing a lease for space at MiamiCentral, Blackstone subsequently paid $230 million for the office complex.

Blackstone’s purchase price of $346,000 a unit reflects strong investor interest in apartments. The property type has drawn a flurry of activity in recent years.

Rental rates in the Boynton Beach submarket soared 20 percent from August 2020 to August 2021, according to Apartments.com, a pace similar to the broader rent gains in South Florida.

In addition to the apartment units, One Boynton includes retail space along Federal Highway and Woolbright Road. Among the tenants are several restaurants, a nail salon and a mortgage brokerage.