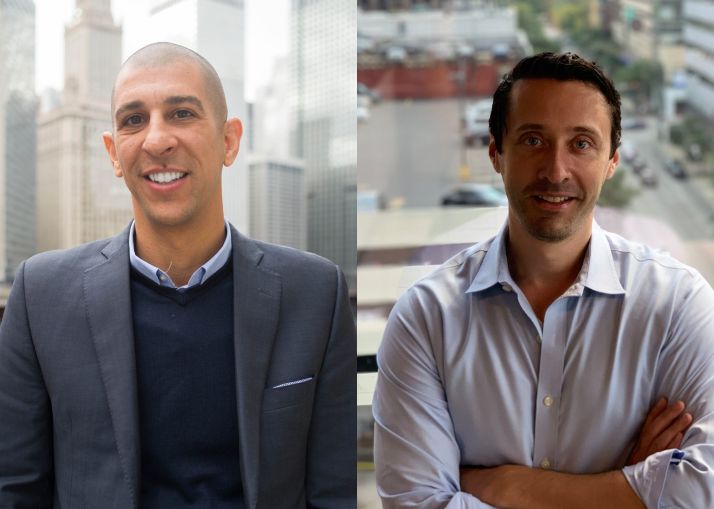 Up until now, the power dynamic in proptech has been basically the funding capability of venture capitalists and the technological innovation of the sector’s startups.

The company, officially launching Tuesday, Sept. 14, wants to insert itself into that dynamic with an advisory business that fills the gap between VCs and startups, helping the latter develop their businesses while enhancing the value of the former’s investment.

The Chicago-based firm, which has been in stealth mode since June, touts itself as an advisory company that “works for domestic and international startups at critical inflection points of their business to help them enable scale and growth,” said Augustyn, former chief operating officer at Revantage, a Blackstone portfolio company.

“One of our missions is to be a global conduit for real estate technology companies,” said Augustyn, who added that of the roughly 8,500 global proptech startups that August Hill has identified in the market, there is a “disconnect” between them and the owner operators, asset managers and investment firms, including VCs and private equity, with whom they interact.

The advisory firm has five employees and eight startup clients primarily in Series A and B, but also from pre-seed to Series C. However, the firm provides the pre-seed and seed startups more of “fellowship-type support,” as some cannot afford August Hill’s services, Augustyn said. Such support entails, “having some form of connectivity, mentoring, coaching and advisement,” he said.

The firm was created to explore “how we can all work together in this ecosystem more efficiently and more constructively,” Augustyn added. “That’s one thing we are pursuing right now, to bring better connectivity to the space.”

To date, August Hill has relied on its founders’ network of real estate and venture capital connections to source clients, Augustyn said. However, the firm plans to cast its net globally to find proptech startup clients.

“We are looking at any companies that we think have really good solutions for the industry,” Augustyn said. “Internationally, there might be different regulatory impacts as far as either zoning or how business might be conducted in certain areas, but the problems that real estate professionals have in owning and operating are just traditional ones that are shared by all.”

The firm says it’s seen the same real estate challenges and potential proptech solutions in countries as varied as Nigeria, the U.K., Germany, India, Australia and New Zealand. That dynamic is the door August Hill is looking to enter as a global advisory firm.

Hill, a former partner at proptech VC firm Moderne Ventures and a former director of business development for real estate at DocuSign, said that while at Moderne Ventures, he met Augustyn through mutual connections at Blackstone. They quickly began thinking of partnering.

“We formulated the idea of bringing the operating model in private equity to the venture space,” Hill said. “No one had really tried that.”

Realizing that VCs were to some extent dropping the ball in actually teaching proptech startups how to grow, Augustyn and Hill identified the need for an advisory firm that could be an operating partner to startups. Using Augustyn’s managed services experience and Hill’s VC background, the two believed they could create a firm to aid startups “at critical inflection points of growth,” said Hill.

The duo recognized that many proptech startup founders lack the expertise in raising capital, while also having to develop multiple partner channels and products. VCs can bring capital to the startups, but August Hill believes it can help the new companies to scale their business rapidly at the same time.

Augustyn gave an example of the need for an advisory firm like theirs: “I have been hugged by two CEOs saying, ‘I have VC money. I have PE money. And I’ve given up a lot for that. And I’ve never felt so lost.’”“

Bruce Stachenfeld, chairman at real estate law firm Duval & Stachenfeld LLP, and himself an investor in a number of proptech VC firms and funds, agrees that there is a need for advisers who can help startups in the sector grow.

“I think it is a huge need,” Stachenfeld said. “I don’t think there’s any question that it’s very smart to do that.

“If you’ve ever run a company, just the little things like getting the phone turned on, can just mess you up. Somebody may potentially have a fantastic idea, but maybe doesn’t understand finance, capital, hiring, how to be a CEO. If they’re talented, they figure it out and they pull it off somehow. But it’s a messy process. It’s like making sausage. And you don’t necessarily want your investors watching while you mess up the kitchen. By that time your investor has lost a lot of confidence in you.”

However, Stachenfeld said there are obvious challenges for August Hill.

“A lot of these companies don’t really have much money to pay an advisor,” Stachenfeld said. “So the question is how are they going to be compensated, because it is not something that can be done on a production line scale, every situation is different.

“I believe the issue these gentlemen will have as they put their business together is that they’re going to have to be creative about how to help these companies in a way that doesn’t take so much of their time, [otherwise] the economics just aren’t going to work.”

Preston Pesek, co-founder and CEO at Spacious, which was acquired by WeWork, has been in the proptech startup and venture capital worlds, giving him a wide perspective on a company like August Hill.

“In the world of venture capital, not all VCs or investors are created equal in terms of how they support their CEOs and founders,” Pesek said. “Some VCs are fantastic for offering specific kinds of guidance. But, very often, the founder or CEO is left short of guidance for some of the things that a lot of investors either take for granted that a CEO already knows how to do, or in their minds should know how to do, when in fact, if it’s their first time [running a business] this could be a significant gap there.”

This is not to criticize VCs, Pesek said. “If they wanted to be in the business of building a company they would found one.”

Despite what they see as a clear need in the proptech ecosystem, Augustyn and Hill believe they have an open running field for their business.

“I don’t really feel like we’re competing against anyone for business,” Hill said. “Our biggest competition is do we get the economic model right and can we scale this thing.”

August Hill is designed as a  “fee for service” business, but equity from startups the founders feel particularly strongly about might be part of the payment mix in the future, Augustyn and Hill said. Additionally, the firm is considering adding venture capital to its advisory services.