Jersey Shore gambling hub has nothing left to lose after the pandemic sucker punches a destination that was already staggering. 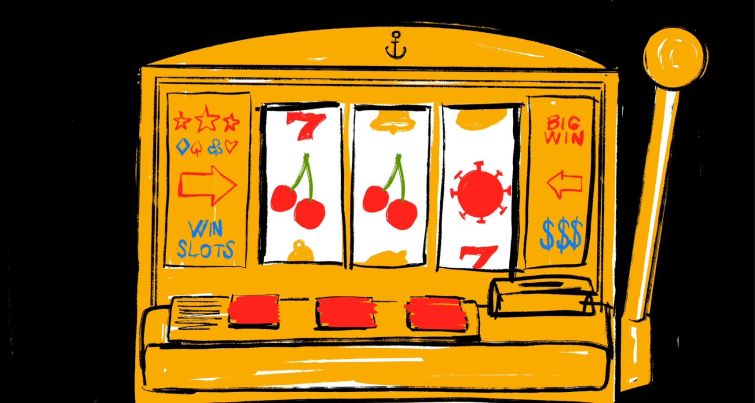 An Atlantic City casino industry that was already facing headwinds from increased competition in the 2010s is confronting new pandemic-related challenges this decade that underscore the need for more economic diversification.

While casino volume has begun to rebound of late, revenue from in-person visits was down 9.7 percent during the first eight months of the year, compared to the same period in 2019, according to recent data from the New Jersey Division of Gaming Enforcement (DGE). Employment at Atlantic City’s nine casinos is also down nearly 6,000 jobs from summer 2019 levels, based on the latest DGE employee report from July.

It gets worse, too, once you zoom out.

Jane Bokunewicz, institute coordinator of Stockton University’s Lloyd D. Levenson Institute of Gaming, Hospitality and Tourism, noted that despite recent gains in casino traffic, non-gaming resort amenities like lodging, dining, shopping and entertainment have been far slower to regain strength. The casino hotels have been largely hampered by losses in live conferences, meetings and trade shows, which Bokunewicz said will likely be the last to fully recover from the health crisis.

“As health concerns ease, efforts to expand the Atlantic City resort product beyond gambling should pay off as visitors seek in-person experiences and resume group gatherings,” Bokunewicz said. “However, to reap the benefit of a truly diversified economy — one even more resilient to impacts on the gaming, hospitality and tourism industry — Atlantic City will need to cultivate businesses that are wholly independent of seasonal visitors.”

The COVID-19 pandemic struck as Atlantic City was in the midst of a five-year state takeover that took effect in November 2016 under the Municipal Stabilization and Recovery Act signed by then-Gov. Chris Christie following a near default of the city’s debt. Under state intervention, Atlantic City successfully settled $137 million of casino tax appeals that were owed to Bally’s Corp., Caesars Entertainment, Golden Nugget Hotels & Casinos, Harrah’s Entertainment and the Tropicana, along with the Trump Taj Mahal and Trump Plaza, through $72 million of municipal bonds issued under New Jersey’s credit enhancement program.

In brighter times, a dozen thriving casinos fueled Atlantic City’s economy. Then, new competitors in the surrounding Northeast, such as Sands Casino Resort Bethlehem in Pennsylvania, began to chip away at the Jersey Shore gambling destination.

The 2008 financial crisis didn’t help. Five casinos closed between 2014 and 2016 before the seaside city brought its gaming property total back up to nine in June 2018, with the opening of Hard Rock Hotel & Casino Atlantic City and Ocean Casino Resort.

Ben Dworkin, director of the Rowan Institute for Public Policy and Citizenship at Rowan University, said it will take time for Atlantic City to regain its pre-pandemic footing with casino and hospitality business. He said the city should get a boost, however, from the New Jersey League of Municipalities opting to hold its annual conference back at the Atlantic City Convention Center and Jim Whelan Boardwalk Hall in November after running a virtual event last year.

“It’s significant that the League of Municipalities, which puts together one of the biggest conventions of the year, is heading back down to Atlantic City,” Dworkin said. “We will see whether attendance is the same as pre-pandemic and the league is establishing its own COVID protocols, but they’re going to be able to go to restaurants and spend money, and this is part of building back.”

Just last week, too, the New Jersey Cannabis Convention, for those in the growing cannabis niche, announced it would run for two days in October at Atlantic City’s Showboat Hotel.

Prior to the pandemic, Atlantic City had begun efforts to expand its business activities beyond traditional gambling, which included welcoming an 85,450-square-foot Bass Pro Shops outpost and a 16,000-square-foot, mixed-use development from BET Investments next to the Boardwalk Hall. South Jersey Gas also built corporate offices adjacent to a new Stockton University satellite campus that debuted in 2018 and is home to the school’s hospitality program.

Stockton’s main campus, located in nearby Galloway Township, has proactively tried to improve Atlantic City’s economy since arriving three years ago. That included signing an agreement in June with the New Jersey Economic Development Authority (NJEDA) to establish an esports innovation center on its new beachfront campus with the aim of making Atlantic City a hub for the growing industry.

Joshua Garay, a real estate broker and founding principal of JSG Realty in Manhattan, who represents owners of the shuttered Atlantic Club Casino hotel property, said Stockton’s $500 million investment in its campus next door has been a positive factor in driving demand for new development opportunities. He said the property he is marketing now at 3400 Pacific Avenue, which was originally developed by Steve Wynn in 1980, is generating major interest from multifamily developers looking to create new condos or luxury senior housing.

“We have fielded calls from luxury living companies, senior housing and residential developers all looking to purchase the property,” Garay said. “There is also a strong demand for condo developments on the Jersey Shore, as buyers are looking to escape the cities and spend more time working remotely from a beachside location.”

Garay added that Atlantic City should not look to add any more casinos, given the increased online options now available for gambling and sports betting.

Another bid to boost Atlantic City’s non-casino economy is developer Bart Blatstein’s plans for a $100 million indoor water park on a lot adjacent to the Showboat, which he acquired in 2016 for $23 million. The Atlantic County Improvement Authority is planning to issue $95 million in municipal bonds to jumpstart the project, which has been plagued by delays during the pandemic.

Bokunewicz said attracting more business development in fields, such as health care, education and green energy, would help attract more full-time residents to Atlantic City, which saw its population drop 2.7 percent in the 2020 U.S. Census, compared with 2010, to 38,497.

She noted new business investments near the boardwalk prior to the pandemic, coupled with the city’s popular concert series and debut of the American Basketball Association’s Atlantic City Seagulls franchise, provide hope for sunnier economic times that, in turn, lead to future real estate development.

“While the pandemic has in some ways slowed this momentum, it has not stopped it,” Bokunewicz said. “This progress has the potential to further perpetuate a cycle of development for the city — a cycle the city is uniquely positioned to take advantage of as one of the few shore towns in the Northeast with an inventory of vacant and underutilized property ripe for redevelopment.”