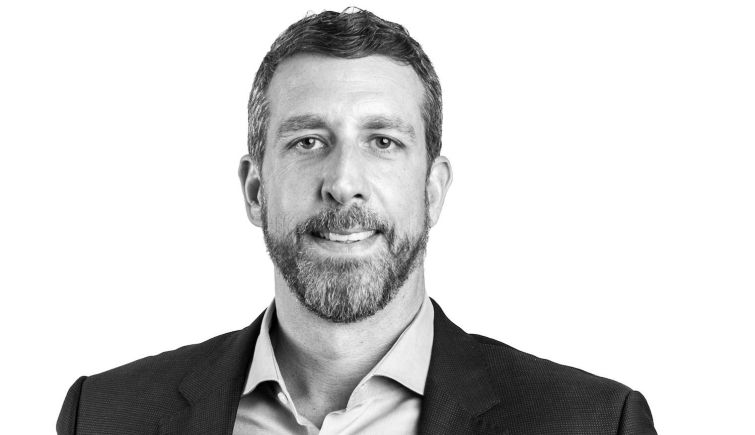 With the highest concentration of Ph.D.s in the country — plus proximity to the government, top-tier medical universities and numerous biomedical companies — the life sciences sector in Montgomery County is ripe to accelerate in the coming years.

There’s also a rising interest among building owners in converting assets to lab, research and biotech space throughout the D.C. region.

Pete Briskman, JLL’s executive managing director and co-lead for the firm’s mid-Atlantic life sciences practice, spoke with Commercial Observer about why the area is so popular and his belief that demand will continue in the months and years ahead.

Commercial Observer: How would you portray Montgomery County’s life sciences business as we stand here in the first week of August?

Pete Briskman: Life sciences in Montgomery County is experiencing burgeoning demand. The market fundamentals are in place for continued growth. Venture capital is flowing into the region and attracting companies from outside of Maryland. Fueled by IPOs, public offering funding has already exceeded the prior year’s numbers. [National Institutes of Health] funding is trending higher than 2020, which was already a record year. M&A activity is increasing and a record development boom is underway. These fundamentals are validated by new institutional investors entering the marketplace. The lab market is approaching record low vacancy at below 3.5 percent with rental rates rising rapidly.

How does this region compare to the rest of the country?

Maryland is now considered a top 4 cluster nationally by [Genetic Engineering & Biotechnology News’] annual ranking of the nation’s top 10 life science clusters. There are a few contributing factors, which include having a high concentration of educated workers; targeted manufacturing tax credits; increased private equity investment into local firms; availability of both R&D and manufacturing space at affordable rates; federal agencies, such as FDA and NIH; and a cluster of like-kind companies that are thriving.

Montgomery County has also benefited from Operation Warp Speed and [Biomedical Advanced Research and Development Authority] countermeasure funds, which have yielded Maryland-based companies over $6 billion in funding in the last 18 months. Low vacancy rates have led Montgomery County rents to increase by nearly 50 percent over the last three years, however the rents are still roughly half of that in Boston, New York and San Francisco. Maryland is poised for continued growth especially in fields, such as cell therapy, vaccine development, biodefense, medical device, Quantum computing and AI.

What makes Montgomery County ripe for activity? What do companies like about the area?

In my experience, there are three critical factors when biohealth organizations choose a location. The first is access to an educated workforce and talent. Montgomery County has the highest concentration of Ph.D.s in the country. Equally important, the workforce is abundant. Another key factor when considering a location is access to available R&D and manufacturing space. Montgomery County has over 10 million square feet of lab supply consisting of both R&D space and manufacturing space to house growing companies and meet their demand for expansion. Lastly, access to capital is important for growing companies when choosing a location. [In the county], 16 companies have secured over $10 million dollars in venture capital year to date, and VC has doubled compared to 2020 and is up over 700 percent since 2016.

Are there specific towns or clusters that are more popular? What are the in-demand places?

Historically, biohealth companies have located along the I-270 corridor with a high concentration centered around the Shady Grove Life Sciences campus. Over the last couple of years, we have seen growth move north as local companies have matured from pre-commercialization to manufacturing. This has resulted in demand for different product types to not only include R&D, but also manufacturing buildings, which are more plentiful in Frederick. Also, with demand for space increasing rapidly, it has opened up the Germantown market, due to supply constraints in Rockville and Gaithersburg. As the local market continues to mature, I predict we will see more growth in urban submarkets, such as Bethesda and North Bethesda, with more trophy, multi-story product coming to market.

Where else in the Washington, D.C./Baltimore region is popular for life sciences?

Howard County, Baltimore County and the City of Baltimore submarkets are on the rise, due to organic growth and an influx of capital, as well as access to talent and synergies with universities playing an important role. Port Covington is developing a world-class life sciences campus and should change the face of Baltimore. Essentially, they are building a city within a city.

Tell me about some of your recent notable deals in this space.

I’m very grateful to be very busy working with some of the region’s most important companies, who are playing a vital role in the fight against [the] coronavirus. We have recently supported groups like Novavax and Ellume, advising them on their real estate strategies, including site selection, negotiation of their campus headquarters, expansions, buildout of their technical facilities and procurement of municipal incentives.

How did the pandemic impact the sector?

Operation Warp Speed and BARDA countermeasure medical portfolio have yielded Maryland-based companies over 6 billion in funding in the last 18 months. Four of the top 10 recipients of BARDA funds reside in Maryland.

What sort of development is being done to meet demand?

Historically, Montgomery County has not developed or delivered life sciences real estate on a speculative basis. Things are changing. The region is now seeing a record construction boom underway. Due to increased demand, things are changing rapidly as landlords are ramping up efforts to meet the specific demand from different types of tenants, ranging from early-stage companies to more mature pre-commercialization and beyond.

How would you project the future of the sector?

The biohealth sector should continue to thrive as the region matures from early stage to commercialization. I predict we will continue to see a higher velocity of VC investment, M&A activity, FDA approvals, NIH funding and public offerings. These fundamentals will lead to tenant growth and the need for more space.  This will translate into more speculative construction, outside institutional investment into our local economy, and companies from outside the Maryland region continuing to relocate to Montgomery County and beyond with a higher concentration moving into more urban areas.