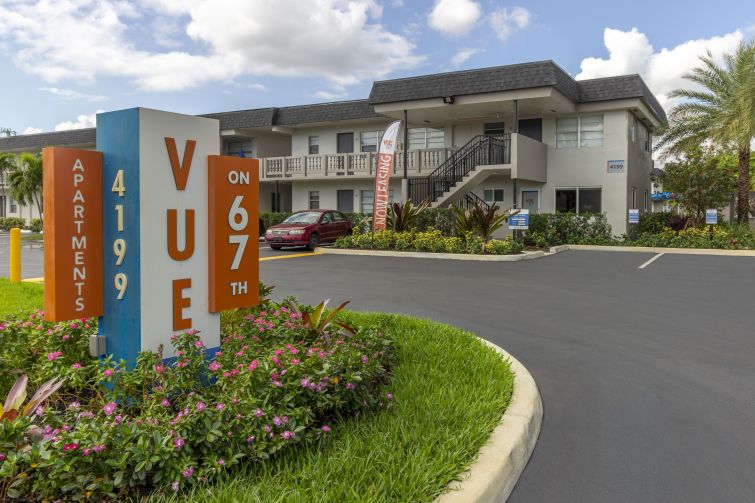 Circle Capital Partners has picked up a 178-unit multifamily complex in Davie, Fla., for $34.65 million from Park Partners Residential.

Called the Vue on 67th, the Boca Raton-based Park Partners purchased the property in 2018 for $18 million, then put substantial work into upgrading it.

“One part of our business is to find a value-add property, so properties that need some TLC, and then reposition them,” said Heather Straub, a senior vice president at Park Partners.

Before Park Partners stepped in, the apartments, located at 4199 SW 67th Avenue, had the same owner since 1972, who didn’t maintain the property and had almost half the tenants on month-to-month leases.

“That property was the worst-looking thing in the neighborhood when we bought it,” Straub said.

Park Partners combined two separate properties into one, allowing them to turn one of two pools into a spacious deck. The company also transformed two abandoned buildings on-site into a resident’s lounge adjacent to the deck and a fitness center, per Straub.

The arrival of COVID-19 temporarily slowed the process, but interior renovations continued throughout the last year on a rolling basis, until it was in position to be marketed.

The booming housing market over the last year, particularly in South Florida, helped Park Partners fetch nearly double the price it bought it for, but it makes it difficult to find new opportunities, said Straub.

Greystone Servicing provided Circle Capital with a $23 million mortgage on the property.

Circle Capital did not immediately respond to a request for comment.