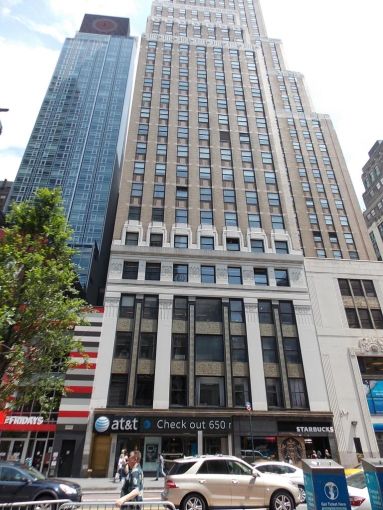 Chalkbeat signed a four-year sublease for the space on the 32nd floor from Ultimate Medical Academy, according to tenant broker Cresa. Asking rents are $55 per square foot in Kaufman Organization’s 46-story office building.

“Their organization is doing fantastically,” Cresa’s Nick Markel, who represented Chalkbeat, told Commercial Observer. “They decided to work remotely for a year plus and decided that they really wanted to get back into the market [by] the end of summer after Labor Day.”

Chalkbeat has already moved into the space, a step up from its 2,500 square feet at the nonprofit’s former location at 1239 Broadway, after the deal closed in the first week of August.

The lease puts the news organization in the Midtown building alongside other financial services, law firm and media tenants, including Braverman Law, Manhattan Community Board 5 and Prince Realty Advisors, according to Metro Manhattan.

The office’s location, near Penn Station, was a draw for the nonprofit, said Markel.

“It’s nice to have a boutique, full-floor presence close to Penn Station,” he added. “Because of the sublease nature of the space it came fully fitted out … And there’s very, very nice views in the building of Hudson Yards and Downtown Manhattan.”

Newmark’s Alex Leopold represented the sublandlord in the deal. Leopold and Ultimate Medical Academy did not immediately respond to requests for comment.