How Estonia Became a Leader in Proptech

The tiny Baltic nation punches well above its weight with a comprehensive, encrypted land registry and topnotch cybersecurity born out of Russian hacking 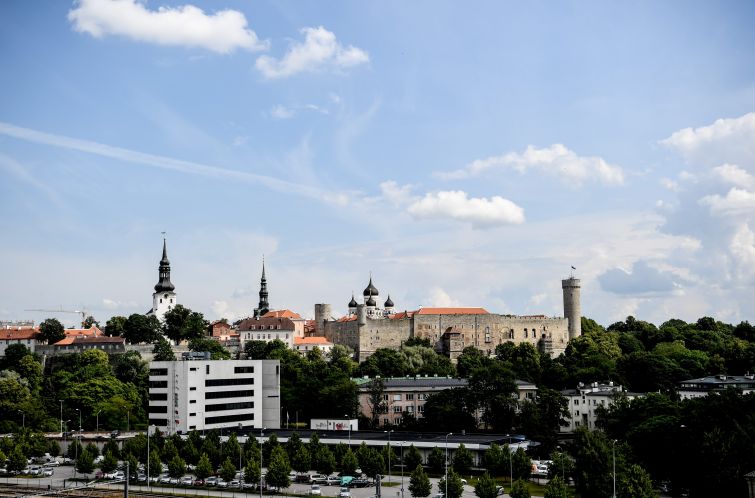 “Hail, Hail, Freedonia, land of the brave and free!”

For movie lovers of a certain age, it is hard to think of the Baltic nation of Estonia and not hear the national anthem refrain of the fictional European country Freedonia, satirized in the Marx Brothers’ classic comedy, Duck Soup. Despite such frivolous associations, though, Estonia is no joke when it comes to bleeding-edge technological innovation, including proptech.

In fact, Estonia, or e-Estonia, as it likes to be known digitally, is a “global model for digital governance,” according to Eric Jaffe, senior director of communications and editorial for Sidewalk Labs, and a student of the country’s technological integration.

Jaffe, who leads thought leadership and content research for Sidewalk Labs, began studying the Estonian government’s X-Road digital society plan about six years ago as he was looking into tech models for Sidewalk Labs’ smart city project in Toronto, which, due to COVID, was abandoned last year.

So how did Estonia, a country of 1.3 million people about twice the size of New Hampshire, become a “smart country” digital model among all the world’s nations, the birthplace of Skype, and with more startups and unicorns per capita than any European country? The answer is a combination of history, demographics and focus.

In 1994, after the fall of the Soviet Union, Estonia’s government, which was composed largely of young and technologically forward-looking officials, announced that it would unite its residents on a secure digital platform, dedicating 1 percent of its GDP annually to fund the IT. By the 2000s, the X-Road platform was the backbone of e-Estonia, allowing the nation’s various public and private sector e-service information systems to link up and function together, according to the e-Estonia website.

Estonia’s e-solution includes a full range of services for the general public. To ensure secure transfers, all outgoing data is digitally signed and encrypted, and all incoming data is authenticated and logged.

In the proptech sector, X-Road has the e-Land Register, a one-of-a-kind web application that contains information on all ownership relations and limited real rights for properties and land parcels in Estonia. Containing more than one million properties, the eLand Register, paired with a geographical information system (GIS), delivers real-time geographical data through the X-Road, enabling advanced map-based visualizations that power many of the location-based services in Estonia.

In short, it provides total real estate transparency, listing the registered owner of each property holding, showing the property boundaries, and providing other information that potential buyers need to know.

“Since the beginning, we started a project that was called Look@World targeted for citizens who did not have enough knowledge on how to use digital services,” Anett Numa, a digital transformation adviser at the e-Estonia Briefing Centre, told Sidewalk Labs’ Sidewalk Talk blog last year. “The government paid for the courses, and 10 percent of our entire population was participating. Today, 97 percent of the people that are 65 and older are applying for their pension online. If you want to provide services online and make citizens able to use them, then education is a place where you should start.”

Are Estonians sanguine, though, about having all their information on a government blockchain? The answer, apparently, is yes.

After Russian cyberattacks in 2007 (sound familiar?) Estonia developed scalable blockchain technology to ensure integrity of data stored in government repositories and to protect its data against insider threats. KSI is a blockchain technology designed in Estonia and used globally to make sure networks, systems and data are free of compromise, all while retaining 100 percent data privacy.

“Today in the U.S. or around the world, if you want to put your address into a service you use online, you pretty much have to enter it every single time you use a new service online,” said Jaffe. “You’ve got to fill out the same standard form.”

“Also, the benefit is that you know when something is using your address,” Jaffe added. “You can see, well, this doctor or this school has accessed my address on this date at this time for this purpose. So there’s full transparency across the system.”

Why are the U.S. and other countries so far behind Estonia in creating and adopting a secure digital platform such as X-Road for its citizens? There are several possible answers, said Numa in her Sidewalk Talk interview.

“It was very easy for us to build everything from scratch, as we didn’t have any system here yet when we gained independence,” she said, adding that leadership is a key factor. “We always say that you need to have this very digital-minded leadership. Some countries say: ‘OK, but things have been working like this for more than 100 years already. Why should we change?’

“When they come [to Estonia] and they see how much money we save and how much time we save by having these solutions, then they’re like, ‘OK, maybe we should really consider that.’ And especially now during the [COVID] crisis, where it has become much more crucial to have online digital services.”

“What’s fascinating about Estonia and COVID, is that, because everything was already online for years and years, they actually made the transition to remote work instantly and seamlessly, because everybody was already doing everything online anyway. It wasn’t like everybody’s got to learn how to do remote schooling and figure out how to access their grades and papers, because all that stuff was already happening.

“Maybe they didn’t have as many in-person meetings when they were locked down for a bit, but life went on, the economy went on. Generally, they were actually prepared in a strange and fortunate way for this pandemic and beyond.”