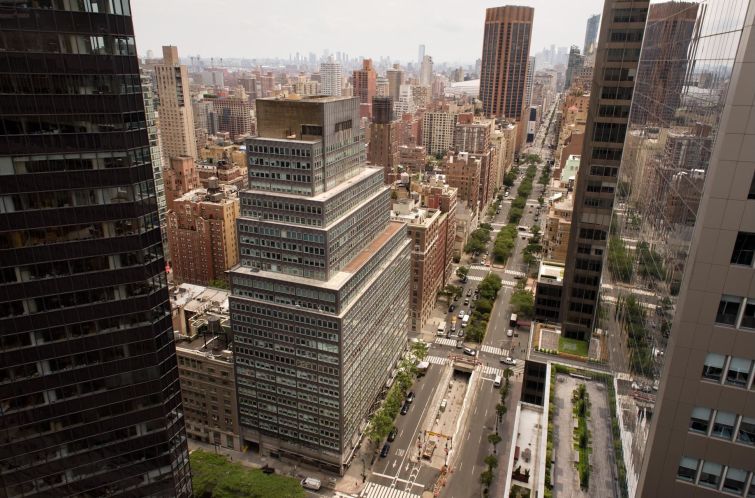 The deal keeps the firm — which has operated from the 26-story office tower for 30 years — at 99 Park Avenue for another 10 years. Asking rents were in the mid-$60s per square foot, according to a spokesperson for tenant broker Savills.

“It has been a pleasure advising Heidell, Pittoni, Murphy & Bach in multiple lease negotiations over the last 15 years and I have become intimately familiar with the firm’s real estate needs,” Savills’ Michael Leff said in a statement. “Our team was able to negotiate an early lease restructure, permitting our client to achieve significant out-of-pocket savings, while relocating to a customized and more efficient space within the building.”

Law firms around the country have been seizing on opportunities during the pandemic to cut back on their office space and reassess their real estate needs in the future, according to a white paper from Newmark.

Meanwhile, space allocated to attorneys in some North American markets fell 5.9 percent, to 836 square feet on average, from 2017 to 2019, while space for partners dropped 6.3 percent, to 18,25 square feet, during the same time.

The 4th floor was vacant for a period, and the law firm will relocate to the space in the first quarter of 2022. Heidell, Pittoni, Murphy & Bach will join brokerage Keller Williams NYC in the building.

The building, between 39th and 40th streets, was designed by Emery Roth & Sons and built in 1953, CO reported. It’s owned by Global Holdings Management Group subsidiary Eastgate Realty, which is putting the newly available 7th floor on the market.

Savills’ Leff, Brad Wolk, Meghan Marchini and Rob Nero represented the tenant in the lease. Global Holdings Management Group’s Craig Panzirer handled it in-house the landlord. Panzirer did not immediately respond to a request for comment.