Greystone Hotel in South Beach to Reopen Amid Owner Dispute 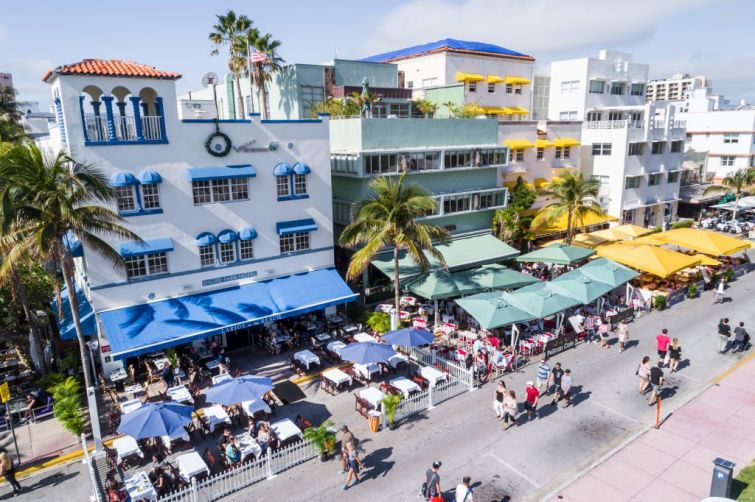 The legal saga of an Art Deco hotel in South Beach took another twist this week, when a judge made the unusual move of appointing a monitor to oversee the reopening of the Greystone Hotel.

The partners who control the 91-room hotel at 1920 Collins Avenue in Miami Beach have been battling over its fate, trading courtroom tales of treachery and betrayal. The Greystone Hotel closed at the beginning of the COVID-19 pandemic and has remained shuttered since. Its lengthy closure is part of the battle between the two owners.

The dispute pits James Vosotas, director of VOS Hospitality in Boca Raton, against Branden Muhl, who runs a bottling and distribution company in Texas. VOS Hospitality bought the historic property in 2012 for $7.5 million and brought Muhl in as a partner to redevelop it , according to a suit Vosotas filed in July in Miami-Dade County Circuit Court.

The new owners, friends from their student days at the University of Michigan, embarked on an ambitious renovation. They repositioned the Greystone as the Art Deco district’s first “adults-only” property, and they added rooms, restaurants, bars and a rooftop pool. The refurbished hotel reopened in early 2020, just in time for Super Bowl weekend.

Vosotas handled the day-to-day details of the redevelopment, while Muhl was a hands-off money partner, according to Vosotas’ suit.

Both parties agree on the basics, but their accounts diverge on recent events.

Vosotas alleged that Muhl engineered a financing structure that boosted the interest rate past 16 percent, a tactic designed to force Vosotas into default and out of the project, Vosotas claims. Keeping the hotel closed is another tactic Muhl is using to push Vosotas out, according to the complaint.

“(Vosotas) was shocked and bewildered as he watched Muhl keep the Greystone Hotel closed and then move to collect the entire outstanding balance of the $36 million loan,” the suit said.

Muhl gives a different version of events. In his response to Vosotas’ suit, Muhl said Vosotas was in default of his loan for years. In August 2020, Muhl alleges, Vosotas was living in the closed hotel without Muhl’s knowledge and was responsible for a fire that caused more than $167,000 in damage.

Muhl also said Vosotas failed to complete the 40- and 50-year recertifications of the structure, which was built in 1939.

Muhl said the Greystone Hotel is on track to reopen in mid-September. Circuit Court Judge William Thomas on Aug. 17 named Stuart Grossman court-appointed monitor and tasked him with verifying that the property opens for business next month.