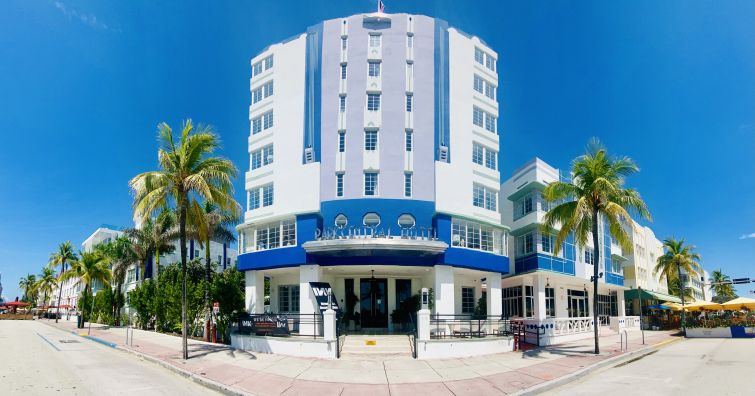 CGI Merchant Group purchased the Celino South Beach, an Art Deco-style hotel on Miami’s iconic Ocean Drive, as part of a $650 million hospitality investment fund that the firm launched in 2020.

The four-building complex, located along the beach at 640 Ocean Drive, sits on the southern end of Miami Beach between 6th and 7th streets, facing Lummus Park. The property holds 132 rooms and a pool.

The acquisition comes as COVID-19 cases surge in Florida, which could batter the state’s hospitality industry. Last week, 110,477 tested positive for the virus, according to data from Florida’s health department. And, 1 in 3 cases nationwide occurred in Florida and Texas, said White House COVID-19 response coordinator Jeffrey Zients.

But, CGI Merchant Group’s CEO and founder, Raoul Thomas, isn’t sweating it. The pandemic “pulled the rug underneath the floor” of the hospitality industry, he said. “We’re taking a very long view on the recovery.” Thomas expects the industry to recover by 2024.

Even so, the Celino will reopen this coming fall as a Gabriel hotel under Hilton‘s Curio Collection brand, according to information from CGI Merchant. The deal will make CGI the owner of the longest commercial property on Ocean Drive. (Thomas declined to divulge the sale price.)

The sellers, Park Central Partners and Synergy 8, purchased the property for $34 million in 2013, records show. Under their previous owners, the hotel complex underwent major renovations, but never reopened, Thomas said.

This deal marks the latest acquisition by the firm’s CGI Hospitality Opportunity Fund I, which launched late last year. The $650 million fund, which counts baseball legend Alex Rodriguez as an investor and partner, is aiming to purchase 20 hotels in major urban areas across the country and the Caribbean. All assets acquired or developed through the fund will be part of Hilton’s portfolio of hotels.

Last month, CGI opened another Gabriel hotel in Miami’s Downtown area, after purchasing the property for $19.5 million in 2013, per property records. After renovating the hotel, CGI sold the hotel to the fund, according to Thomas.

Julie Echikson can be reached at jechikson@commercialobserver.com.