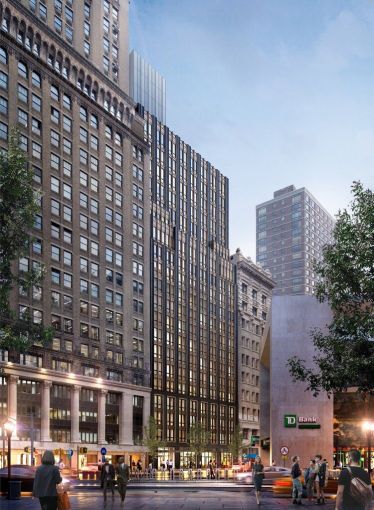 Midtown Equities has secured $42.5 million in financing for the development of its Brooklyn mixed-use multifamily project, property records show.

The Conway, Ark.-based bank also assumed $21.5 million of acquisition debt from Israel Discount Bank of New York (IDB Bank) on the four-story, Downtown Brooklyn office property with ground-level retail, which the Manhattan-based developer purchased from HSBC Bank in 2007 for $25 million.

New York City’s Landmarks Preservation Commission approved Midtown Equities’ plans to demolish the structure in early 2019 to build a 20-story, rental apartment building with ground-floor and below-level retail, according to the company’s website.

When completed, the development will feature 121 apartments and 6,500 square feet of commercial space, based on a 2019 pre-filed building application, as reported by The Real Deal.

Officials for Centennial Bank and Midtown Equities did not immediately respond to requests for comment.