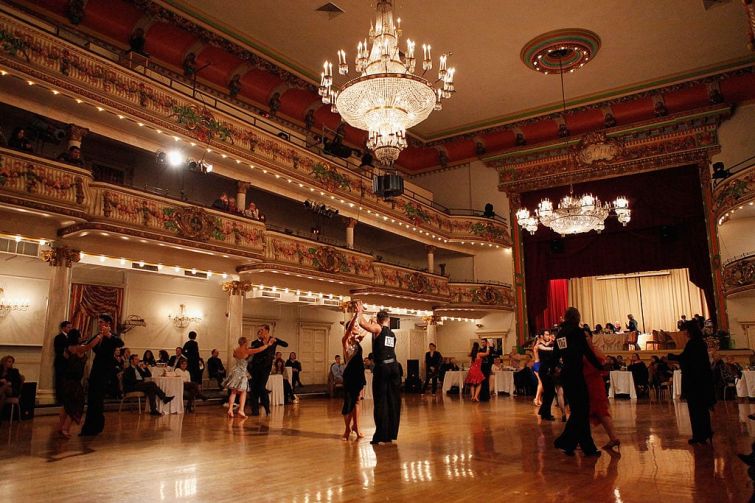 The dream isn’t dead yet.

Two Brooklyn teenagers are attempting to save Grand Prospect Hall from being demolished by its new owner.

Solya Spiegel, 16, and Toby Pannone, 18, launched an online petition to save the iconic Park Slope dance hall from the wrecking ball, which has garnered nearly 2,900 signatures as of Wednesday afternoon. The two also put in a formal request with New York City’s Landmarks Preservation Commission to review the building before its demolition, The Brooklyn Paper reported.

“This historic venue, host to Brooklyn’s oldest operating elevator, is now at risk of disappearing from existence, destroying its legacy and the location where thousands of weddings, festivals, and concerts have taken place over its 129 year lifespan,” the online petition said. “This is an obscene development, and if the Department of Buildings chooses to approve this demolition, over a century of Brooklyn history will be gone.”

Pannone was the first to tell Spiegel about the hall being up for demolition after learning about it in a Brooklyn Paper article himself, Pannone said in an email to Commercial Observer. Spiegel, who has been to the hall throughout her childhood for a Balkan music festival held there each year, said the performances at the hall inspired her to learn violin to play at the annual festival.

“Going to the hall is something I really look forward to every year,” Spiegel said. “I started going to the Zlatne Uste Golden Festival every January with my family when I was young. I had already begun playing the violin. Once I saw and heard the youth Brass band open the festival it became my dream to play with them.”

Brad Lander, the New York City Council member for Park Slope, has rallied behind the two teens, saying on Twitter that he and state Assemblymember Robert Carroll wrote to LPC last month, urging that the organization designate it as a landmark because of its cultural and architectural significance.

Landmarks said in a statement to CO that it had received Pannone’s request to establish the Hall as a possible interior landmark and that “it is currently under review.”

While the iconic Brooklyn hall was entered into the National Register of Historic Places in 1999, it’s lack of a landmark designation allows it to be demolished if the plans are approved by the city.

While Rigas’ father, Gregory Rigas, previously built several projects in Brooklyn — including a rental tower at 574 Fourth Avenue — it’s unclear what the younger Rigas plans for the land. He purchased the historic hall for $22.5 million, as one of 12 properties sold in a $30 million assemblage in July, Commercial Observer reported.

The Grand Prospect Hall was well known for its parodies and low-budget TV commercials; “Saturday Night Live” joked about the Hall’s iconic TV spot. And the original owners of the hall, Michael and Alice Halkias, even appeared on “Jimmy Kimmel Live”. Michael Halkias died at the age of 82 due to the coronavirus in May 2020 and, a little over a year later, his commercial co-star and wife signed off on the sale of the hall to Angelo Rigas.

Pannone and Spiegel hope that the hall is preserved, so that future generations of Brooklynites can enjoy its festivals and celebrations.

“Brooklyn needs to have a place where we can celebrate and bring people together in a truly historic, unique space,” Spiegel said. “We can’t lose this incredible piece of history that speaks for itself the moment you enter its doors.”

Update: This story has been updated to include comments from Pannone, Spiegel and Landmarks.