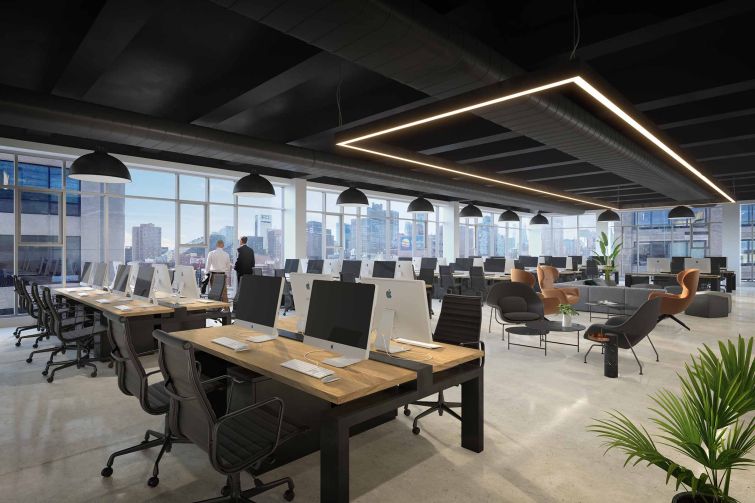 Barbizon Lighting Company, which sells and rigs lighting for film, television and live theater, will move its headquarters to 21,500 square feet at 639 11th Avenue, Commercial Observer has learned.

The company signed a 15-year lease for office space on the second and third floors of the newly built, five-story, Hell’s Kitchen building along with a showroom on the ground floor, brokers on the deal said.

Asking rent was $69 per square foot for the office space and $110 for the ground-floor retail space.

Barbizon — which also has outposts in Boston, Chicago and Washington, D.C. — currently is headquartered in a roughly same-sized office at 456 West 55th Street, but decided to move to its new digs because of the space’s huge amount of natural light and proximity to Broadway theaters, said tenant broker Josh Berger of Norman Bobrow & Company.

“My client had been in the same building for quite a number of years, but they really needed to reassess and take a new space in a new direction,” Berger said. “They really wanted to use this as an opportunity to take a step for the future.”

As part of the lease, Barbizon will also get signage rights for the side of the building, something Berger said was a “big part of the deal” for the tenant.

“Space on 11th Avenue, holistically speaking, is typically very, very difficult to get leased, let alone during COVID times,” Eisenberg said. “But the way this asset was developed really appealed to so many users.”