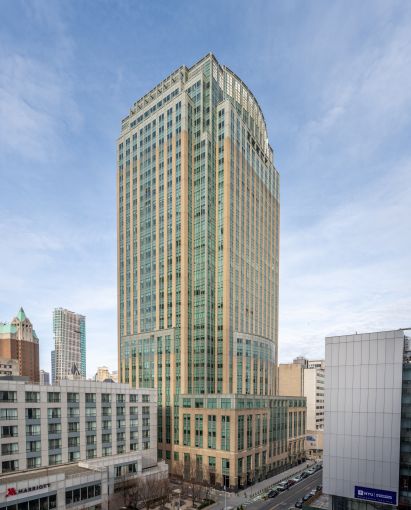 Brookfield Property Partners has officially sold its office condominium at 12 MetroTech Center in Downtown Brooklyn to 60 Guilders for $128 million, Commercial Observer has learned.

Starwood Property Trust provided $106 million in acquisition financing for the deal — one of the largest office transactions in the borough to close since the COVID-19 pandemic hit.

The Real Deal first reported in May that Brookfield was in contract to sell the 186,088-square-foot condo to 60 Guilders for around $130 million.

“This transaction represented an exceptional opportunity for lenders given the sponsorship profile, creditworthy tenants and long-term leases,” Gil said. “Despite recent uncertainty from the COVID-19 pandemic, lenders were ultimately attracted to the property’s secure cash flow, lengthy remaining lease term and best-in-class sponsorship.”

The office condo — which has an alternate address of 330 Jay Street — spans the top five floors of the 30-story building at 12 MetroTech Center and features its own lobby. The City of New York owns the first 25 floors.

Built in 2004, the 1.1-million-square-foot, Class A office property was developed by Forest City Realty Trust, with Brookfield receiving ownership of the office condo in 2018 as part of its $6.8 billion purchase of the real estate investment trust.