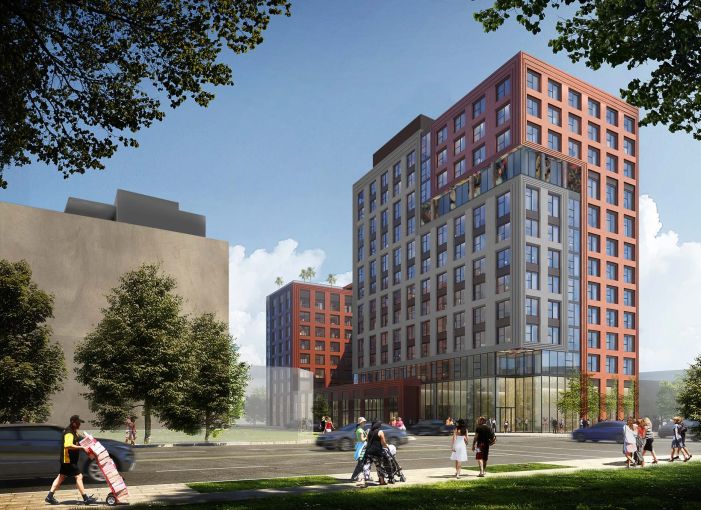 A rendering of Wynwood 29 in Miami. Courtesy: The Related Group

The Related Group has locked in $72.8 million in construction debt from Cerberus Capital Management for a planned mixed-use residential and retail development, Wynwood 29, in the Wynwood section of Miami, Commercial Observer has learned.

The financing will allow Related and its partner Metro 1, a Miami-based real estate firm with a history in Wynwood, to finally move forward with a project that has been in the works since at least 2016.

The project will include a fitness center, bike storage, a pool deck with an outdoor kitchen for residents and a coworking area, according to information from Newmark, which sourced and arranged the debt financing on behalf of the developers. Newmark’s team was led by Dustin Stolly and Jordan Roeschlaub, who were joined by new hire Daniel Matz, as well as Chris Kramer, Nick Scribani, Donald Pavlov and Dominick Calisto.

“The lender community was all over this one, indicative of the tremendous demand associated with the hottest market in the U.S.,” Stolly said. “By leveraging this demand, we were able to achieve a great execution.”

Newmark’s debt and equity structured finance team, led by Stolly and Roeschlaub, has started bolstering its capital markets presence in the Southeast to help meet the demand that’s come from growing investor interest in the region. They recently tapped former Mission Capital Advisors pro Matz to lead the buildout and growth of its southeastern footprint out of Miami.

The Related and Metro 1 joint venture acquired the acreage that will house the two-building development in 2016 for $12 million, with an initial proposal that included 182 residences, about 19,750 square feet of retail, and also almost 27,000 square feet of office space. They began demolition in the late summer of 2017.

The developers revised their plans for the project — designed by Arquitectonica — last summer, opting to shift away from the office space and add more residential units.

Wynwood has developed into an arts and culture hub over the last several years, which has led to a surge in new development and redevelopment efforts, something Related and Metro 1, among other developers, have taken advantage of with a series of projects. This project will be proximate to Miami’s Midtown and downtown areas, as well as the Miami Design District and Miami Beach.

“Marking Related’s fourth deal in the area, Wynwood 29 further demonstrates our commitment to Wynwood’s continued renaissance,” said Related Group President Jon Paul Pérez. “We are proud to play a part in the collaborative efforts to bring new energy to the neighborhood as we focus our investment and attention to delivering another true live-work-play residential community as vibrant as Wynwood is.”